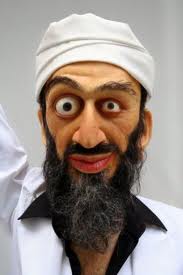 The Navy SEALs who raided bin Laden’s Pakistani compound never intended to capture the terror leader responsible for orchestrating the 9/11 attacks, according to a new report.

The first SEAL to find bin Laden feared that two of his wives who were trying to shield the al Qaeda leader would be wearing suicide jackets. After shooting one of them in the leg, the SEAL jumped on the women — in case they set off explosives — in an attempt to save two other SEALs.

Although it turns out that neither woman was wearing suicide vests, that’s when a second SEAL, out of the 23 who took part in the mission, shot the unarmed bin Laden twice.

“There was never any question of detaining or capturing him — it wasn’t a split-second decision,” a special operations officer told the current issue of The New Yorker magazine. “No one wanted detainees.”

The White House has said that bin Laden would not have been shot had he immediately surrendered.

The first shot — a 5.56mm bullet, struck bin Laden in the chest, according to the magazine. As he fell backward, the SEAL fired a second bullet, a round that hit bin Laden in the head right above his left eye.

After a short pause, the SEAL said, Geronimo, EKIA” — initials for enemy killed in action, the magazine reported.

Back in DC, Obama paused and said, “We got him.”

The new details on the top-secret bin Laden raid, his killing and subsequent burial at sea emerged today in an 11-page recreation published in the magazine, which hit newsstands today.

Members of Team Six had quietly entered Pakistan on 10 to 12 occasions — including parts of South Waziristan — before the raid in Abbottabad on May 2, the magazine reported.

Inside the home, the upstairs rooms where bin Laden slept were protected by a metal gate that blocked the base of the staircase leading to the second floor, making the downstairs rooms “feel like a cage,’ the magazine reported.

Once he was killed, bin Laden’s body was flown back to the Afghan city of Jalalabad, where a CIA officer and Adm. William McRaven, who had overseen the operation, could see the body, which was placed in a zippered body bag.

Once bin Laden’s body was in US custody, officials went through the process of positively identifying that it was indeed the terror leader.

Photographs were taken of bin Laden’s face and then of his outstretched body — pictures that to this day have never been released to the public.