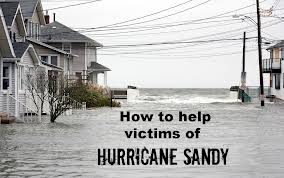 Brooklyn – New York’s leading Jewish Chesed groups have agreed to create an emergency fund to support local victims of Hurricane Sandy. The Emergency Sandy Chesed Fund was formed yesterday at a meeting called by Councilman David G. Greenfield to thank the groups for their efforts since the storm hit and to improve coordination between them. All proceeds of the Emergency Sandy Chesed Fund will go directly to victims and victim services. No donations will be used for administration or overhead. The fund will be managed by Chevra Hatzalah with the support of the following organizations: local Hatzalah groups, Shomrim, Misaskim, Chaveirim, Met Council, Yad Ephraim and neighborhood Jewish Community Councils. The community is encouraged to donate generously via this website: www.EmergencyChesedFund.com.

“The community is coming together in support of the people who lost so much as a result of this tragic storm. From Seagate to Far Rockaway to the Lower East Side to the Five Towns to Staten Island, we must help our neighbors. I urge everyone to give whatever they can to this fund to help their neighbors rebuild their lives,” said Councilman David G. Greenfield.

“We thank Councilman Greenfield for his initiative in bringing together all these groups and for demonstrating his concern for the abandoned people in our community. We look forward to working with him and the rest of the community on this critical effort,” said Rabbi David Cohen and Willie Rapfogel.

The Emergency Sandy Chesed Fund will be overseen by an advisory committee formed yesterday made up of: Willie Rapfogel, CEO of the Metropolitan Jewish Council on Poverty; Isaac Stern, Chairman of the Board of the Boro Park Jewish Community Council; Meir Weill, Executive Director of Misaskim; Chaim Fleischer, Coordinator of Chaveirim; and Simcha Bernath, Coordinator of Boro Park Shomrim. Councilman Greenfield’s role in this effort is limited to organizing yesterday’s meeting with the community organizations and helping form the fund. Greenfield has chosen not to be involved in the administration of the fund or distribution of its proceeds to avoid any conflicts of interest.

Please give generously by making out a check to the “Emergency Sandy Chesed Fund” and mailing it to 1340 East 9th Street, Brooklyn, New York 11230 c/o Chevra Hatzalah or online at www.EmergencyChesedFund.com.