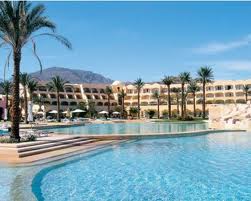 Acting on mounting credible terror alerts ahead of Rosh Hashanah, Israel has banned entry to citizens into the Taba hotel district of Egypt. While the local hotel once served as a preferred venue for Israeli holiday travelers, citizens wishing to cross via the Taba Crossing are being restricted as the security establishment has decided to take the extreme step in light of warnings of another attack along the border, similar to last month’s attack on Route 12 near Eilat.

A local tourist official in Taba speaking to Galei Tzahal (Army Radio) host Razi Barkai explained that while there are a few tourists, without the Israelis, the area if basically vacant.

The IDF ordered the Taba Crossing closed to Israelis on Sunday morning, seeking to prevent Israelis from making their way to that area before Rosh Hashanah.