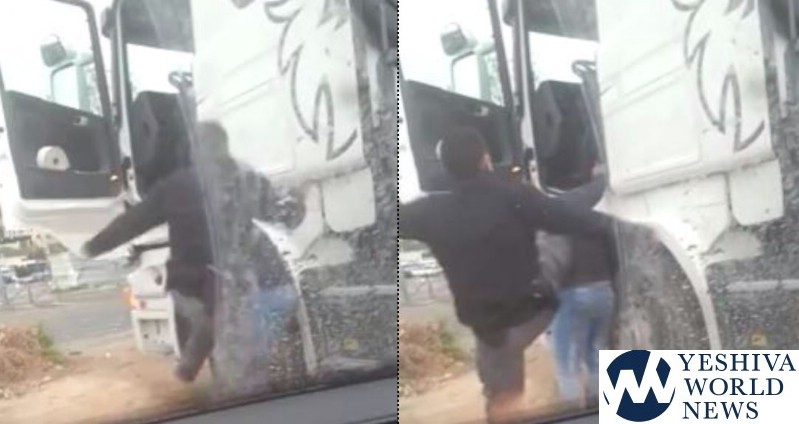 One might assume this Yassam commando policeman is suspended and may soon be seeking employment as his violent actions were caught on video. The video speaks for itself.

As the video went viral on social media in Israel, an Israel Police spokesman stated “The severe and unusual behavior is inconsistent with the behavior expected of members of Israel Police. The policeman was placed on forced leave upon receipt of the video, and he will subsequently be summoned for a hearing to examine his continued service in the department. At the same time, the material was transferred to examination by the Justice Department Police Investigations Unit”.

Minister of Public Security Gilad Erdan added “The behavior of the Yassam policeman, videoed while violently attacking an eastern Jerusalem resident is serious and should be condemned by all. This behavior harms the entire department and it was most appropriate to place him on immediate leave. There is no place for this behavior among police and I hope the police investigations unit will use the full weight of the law against him for his conduct”.