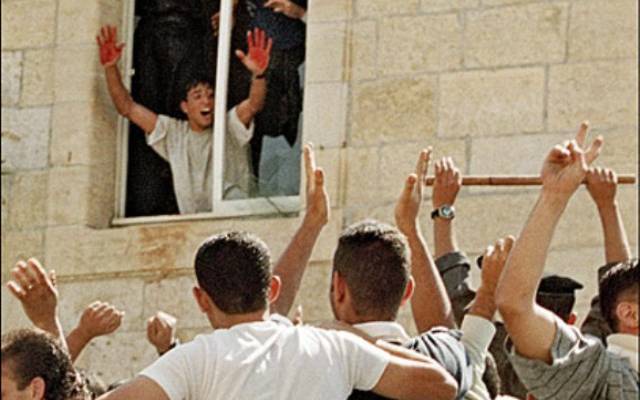 It was back in October 2000 when Hatem Khalil Marari took part in the heinous lynch of two IDF soldiers in Ramallah. The two reserve duty personnel were targeted by the blood-thirsty mob and murdered and their bodies desecrated.

After the evidence against him was challenged, the charges against him were reduced to firing an illegal weapon and the time of that 11-year maximum sentence has elapsed. Hence, he is being released immediately as the paperwork to facilitate this was signed earlier in the week.

In the video, first aired on foreign TV, one sees how one terrorist raises his bloody hands to the roar of the crowd outside, showing approval and delight with the fact the two reservists were murdered.