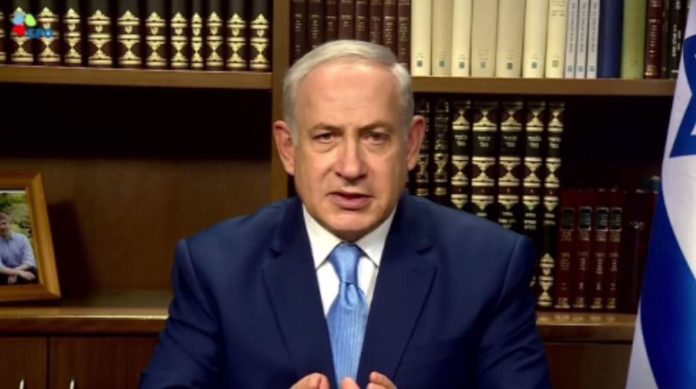 Israeli leaders angrily criticized pending legislation in Poland that would outlaw blaming Poles for the crimes of the Holocaust, with some accusing the Polish government of outright denial Saturday as the world marked International Holocaust Remembrance Day.

Prime Minister Benjamin Netanyahu called the proposed law “baseless” and ordered his country’s ambassador to Poland to meet with Polish leaders to express his strong opposition.

“One cannot change history, and the Holocaust cannot be denied,” he said.

The lower house of the Polish parliament on Friday passed the bill, which prescribes prison time for using phrases such as “Polish death camps” to refer to the killing sites Nazi Germany operated in occupied Poland during World War II.

Many Poles fear such phrasing makes some people incorrectly conclude that Poles had a role in running the camps. But critics say the legislation could have a chilling effect on debating history, harming freedom of expression and opening a window to Holocaust denial.

The bill still needs approval from Poland’s Senate and president. However, it marks a dramatic step by the country’s current nationalist government to target anyone who tries to undermine its official stance that Poles only were heroes during the war, not Nazi collaborators who committed heinous crimes.

Netanyahu’s government generally has had good relations with Poland, which has been recently voting with Israel in international organizations.

At Auschwitz on Saturday evening, Israel’s ambassador to Poland, Anna Azari, abandoned a prepared speech to criticize the bill, saying that “everyone in Israel was revolted at this news.”

In Israel, which was established three years after the Holocaust and is home to the world’s largest community of survivors, the legislation provoked outrage.

Israeli President Reuven Rivlin, noting that exactly 73 years had passed since the Auschwitz death camp on Polish soil was liberated, cited the words of a former Polish president about how history could not be faked and the truth could not be hidden.

“The Jewish people, the State of Israel, and the entire world must ensure that the Holocaust is recognized for its horrors and atrocities,” Rivlin said. “Also among the Polish people, there were those who aided the Nazis in their crimes. Every crime, every offense, must be condemned. They must be examined and revealed.”

Today’s Poles have been raised on stories of their people’s wartime suffering and heroism. Many react viscerally when confronted with the growing body of scholarship about Polish involvement in the killing of Jews.

In a sign of the sensitivities on both sides, Yair Lapid, head of Israel’s centrist Yesh Atid party and the son of a survivor, got into a heated Twitter spat Saturday with the Polish Embassy in Israel.

“I utterly condemn the new Polish law which tries to deny Polish complicity in the Holocaust. It was conceived in Germany but hundreds of thousands of Jews were murdered without ever meeting a German soldier. There were Polish death camps and no law can ever change that,” Lapid wrote.

That sparked the Embassy to respond: “Your unsupportable claims show how badly Holocaust education is needed, even here in Israel.”

“My grandmother was murdered in Poland by Germans and Poles,” Lapid responded. “I don’t need Holocaust education from you. We live with the consequences every day in our collective memory. Your embassy should offer an immediate apology.”

To which the embassy retorted: “Shameless.”

Israel’s foreign ministry said the deputy Polish ambassador to Israel had been summoned for a clarification.

For decades, Polish society avoided discussing the killing of Jews by civilians or denied that anti-Semitism motivated the slayings, blaming all atrocities on the Germans.

A turning point was the publication in 2000 of a book, “Neighbors,” by Polish-American sociologist Jan Tomasz Gross, which explored the murder of Jews by their Polish neighbors in the village of Jedwabne. The book resulted in widespread soul-searching and official state apologies.

But since the conservative and nationalistic Law and Justice party consolidated power in 2015, it has sought to stamp out discussions and research on the topic. It demonized Gross and investigated whether he had slandered Poland by asserting that Poles killed more Jews than they killed Germans during the war.

Holocaust researchers have collected ample evidence of Polish villagers who murdered Jews fleeing the Nazis. According to one scholar at Israel’s Yad Vashem Holocaust memorial, of the 160,000-250,000 Jews who escaped and sought help from fellow Poles, about 10 percent to 20 percent survived. The rest were rejected, informed upon or killed by rural Poles, according to the Tel Aviv University scholar, Havi Dreifuss.

At Auschwitz, however, Prime Minister Mateusz Morawiecki stressed the Poles who helped Jews risking their own lives, noting that some 7,000 had been recognized by Yad Vashem but suggesting that the Polish sacrifices have not been acknowledged adequately.

“Jews, Poles, and all victims should be guardians of the memory of all who were murdered by German Nazis. Auschwitz-Birkenau is not a Polish name, and Arbeit Macht Frei is not a Polish phrase,” Morawiecki said later on Twitter.

Yad Vashem issued a statement Saturday night opposing the Polish legislation and trying to put into historical context the “complex truth” regarding the Polish population’s attitude toward its Jews.

“There is no doubt that the term ‘Polish death camps’ is a historical misrepresentation,” the Yad Vashem memorial said. “However, restrictions on statements by scholars and others regarding the Polish people’s direct or indirect complicity with the crimes committed on their land during the Holocaust are a serious distortion.”