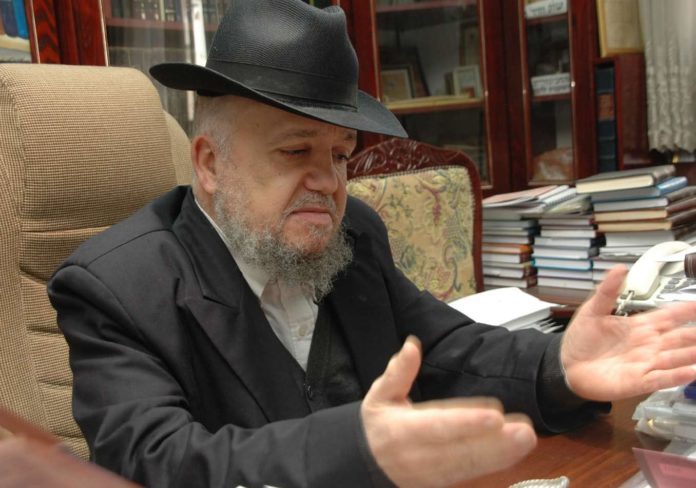 Rabbi Meir Mazuz, a leading Sephardic Charedi rabbi in Israel and the Dean of the Kisei Rachamim Yeshivah spoke out strongly against Israeli Defense Minsiter Avigdor Lieberman for his recent causing of many people to desecrate Shabbos. “One crazy person went to Ashdod to desecrate the Shabbos and support other Shabbos desecrators. Why did he go? So that these very desecrators will vote for him in the net round of elections,” said Rabbi Mazuz.

“Jews, even those who desecrate Shabbos won’t necessarily vote for him. Only he believes that pure secularists will choose him, but the Torah says that they will not choose him,” added Rabbi Mazuz.

Utilizing a grammatical methodology to point to a hint in the Torah as is his usual custom Rabbi Mazuz explained where he learned this lesson from. “It says Don’t impede an ox in it’s plowing.” The word “don’t” is an acrostic which stands for Lieberman Avigdor, and he will be impeded from the next Knesset unless he repents,” declared the Rabbi.”The words “Impede an ox in its plowing” is an acrostic for Shabbos. So you who fight against Shabbos, Shabbos will return and fight against you. There is a price for fighting against Shabbos you cannot escape it. May it be G-d’s will that these things come true unless he repents,” concluded Rabb Mazuz.