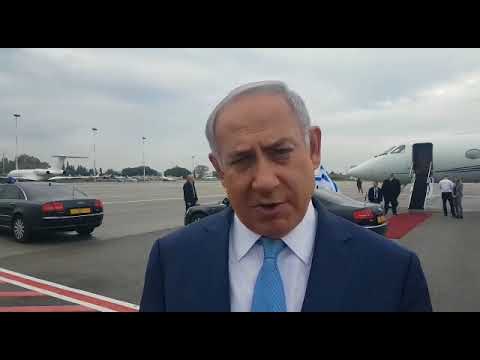 Prime Minister Binyamin Netanyahu on Monday morning, 13 Shevat, left for Moscow where he will meet with President Vladimir Putin to discus a number of relevant issues. Topping the list is clearly the ongoing effort to prevent Iran’s growing influence in Lebanon and Syria, and the need to prevent this, a move that compels ongoing Russian cooperation.

“We meet periodically in order to ensure the military coordination between the IDF and the Russian forces in Syria; as of today, this has succeeded and it is important that it continue to succeed.

“I will discuss with President Putin Iran’s relentless efforts to establish a military presence in Syria, which we strongly oppose and are also taking action against.

“We will also discuss Iran’s effort to turn Lebanon into one giant missile site, a site for precision missiles against the State of Israel, which we will not tolerate.”