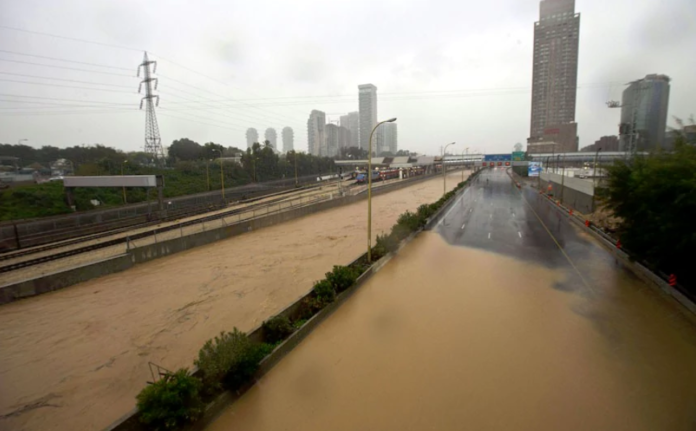 Our davening for rainfall includes “For a bracha and not a curse”, and this is seen firsthand during storms including the recent one this past weekend and the one the week preceding it.

According to the head of The Association of Renovation Contractors, Erev Siv, the repairs to damage caused by the last storm in Israel will cost an estimated NIS 60 million, estimating over 8,000 homes were damaged. The damage is attributed to the large amount of rainfall over a short period of time, resulting in the collapse of many drainage systems.

Siv notes that the main damage suffered by homes as a result of the intensity of the winds and heavy rains are boilers and solar collectors placed on the roofs without being tied down well, and they shifted or were blown out of place during the storm. The same for air conditioning units that were not connected installed and they too detached. There were also many leaks mainly from roofs. The association received many requests from people who entered their homes mainly from roofs and basements.

He adds that beyond the direct damage to private property there are many cases of falling pillars, traffic lights and road signs. Some of them collapsed or were bent by the force of the wind and some as a result of rust. Tree falls also caused damage, but this time, notes Siv, many authorities learned lessons from previous times and pruned trees before the storm.

The Association of Renovation Contractors has opened a hotline for public inquiries, 1-700-700-426, for explanations and instructions to the public on how to act and what to do about house sealing and damage repair.