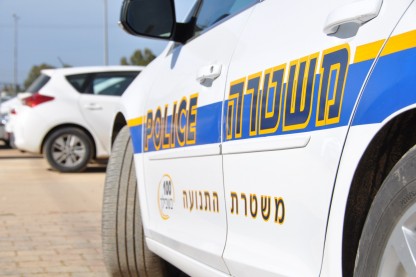 When mispallalim arrived at the Sadigura Shul in Ramat Beit Shemesh Gimmel on Friday night, they were horrified to see the shul had been broken into and vandalized. The signs on the Aron Kodesh signal the thieves tried to break in and steal the Sifrei Torah.

Persons arrived at 11:00PM on Friday night and saw two suspicious images moving about in the area of the shul. When they entered the shul, they were shocked to see the damage. The Aron Kodesh, with two Sifrei Torah inside, was knocked to the ground. The paroches were torn and the area was clearly tossed by the vandals.

The mispallalim looked in the direction of the wadi outside, waiting on location for two hours until a police patrol passed. Crime scene technicians arrived on motzei Shabbos.