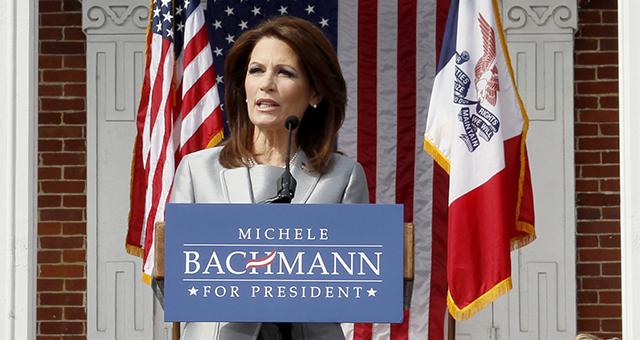 Former presidential candidate Michele Bachmann on a visit to Israel has apologized for remarks she made about Jews in the past.

The 2012 candidate spoke Sunday at a Jewish-Christian Bible study session in Israel’s parliament.

She said “I have stated things that should not have said and I apologize profoundly… for my statements that though said in ignorance have brought pain.”

She didn’t specific what she was apologizing for.

In 2015, the firebrand conservative reportedly called for Jews to be converted to Christianity.

She said as she reads the Bible she is “learning more and more that it is all about Israel.”

Her visit comes as the U.S. moves its embassy to Jerusalem this week.