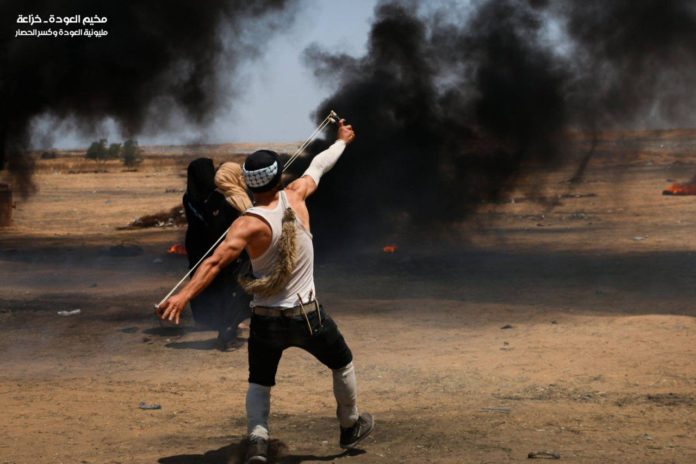 With the Hamas-affiliated Gaza Ministry of Health reporting over 18 dead and over 1,000 injured in violent protests at the border, Gaza leaders have already scored a victory in the international community.

Attention has long been diverted from Gaza, with Israel’s winning song in the Eurovision, the moving of the US Embassy to Jerusalem, recent bombing attacks in Syria accredited to Israel, and the failed effort to fire 20 missiles into northern Israel. All of these events combined with the change in the White House’s position vis-à-vis the PA (Palestine Authority) and Hamas, have creased new realities.

On Sunday, 28 Iyar, Hamas political leader Ismail Haniyeh was flown to meet with senior Egyptian military officials, as Cairo reportedly attempted to prevent the violence taking place along the Gaza fence today. Clearly, this has failed and Egypt, at least for the time being, seems to be taking a back seat to the events in Gaza along the border with Israel while the Rafiach Crossing to Egypt remains closed.

Live gunfire is being fired at IDF soldiers along the fence, with the shooters blocked by the acrid tire smoke. However, drones and other means are being deployed and the Israel Air Force has taken to the skies and eliminated at least one position from which live gunfire was being fired across the border, in the Jabalya area. IDF tank fire can also be heard along the border.

It remains to be seen just how many dead and wounded there are at the day’s end, since Hamas champions staging deaths in such situations, and all too often, persons seen being evacuated in Red Crescent ambulances in Gaza are later seen walking around alive and well. Whatever the case may be, the day’s events have brought the situation in Gaza back to the media headlines, at the very least, European nations are once again expressing their concerns, placing pressure on Israel regarding its policies in Gaza.

And lastly, albeit no less important, it has been documented that a bus with foreign journalists was brought into Gaza to cover today’s events, with Hamas confident they will show the dead and wounded, ignoring the confrontations at the fence which have compelled the IDF response.