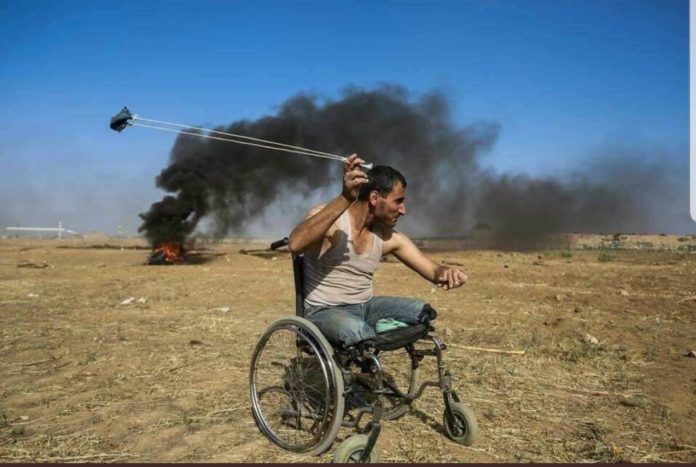 Gaza’s Hamas-affiliated Health Ministry reports 16 dead and over 1,000 wounded as confrontations along the Gaza border continue. Israel appears to enforcing its warning, that there will be zero tolerance for any and every attempt to cross of compromise the Gaza border fence.

Hamas claims well over 30,000 Gazans are participating in the protests, concentrated at ten different flash points. Live gunfire is being directed at IDF soldiers along with tires being burned and rocks propelled via slingshots.

IDF tank fire can be seen, reportedly directed at Hamas positions in Gaza.

Amazingly, farmers from Gaza border communities can be seen working. In one case, a combine is seen operating les than a kilometer from the flash points.

B’chasdei Hashem there are no reports of injuries among IDF forces.