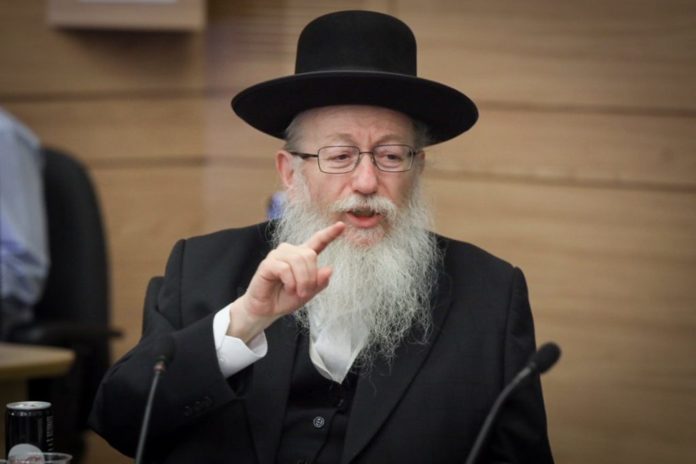 For those who remember Jerusalem before Mayor Nir Barkat, there were municipal elections and the chareidi candidate was Meir Porush, today the Deputy Minister of Education. Litzman refused to back Porush due to their personal differences and conflicted history, which led to a major split in the chassidic community for backing Porush. The result, Mayor Nir Barkat is now serving his second term.

As Shas and Yahadut Hatorah continue probing who to back and if there will be a united chareidi candidate, there are rumors circulating the Deputy Health Minister Yaakov Litzman, will be going it alone once again.

Kikar Shabbos News reports that Deputy Mayor Yossi Deutsch asked Litzman who he is backing, and was told, “you won’t be disappointed”. It is now believed that while the chareidi parties are weighing support for Moshe Leon or Ze’ev Elkin, who are more realistic candidates, Litzman will be dividing the camp again to back his chareidi candidate. Being the Gerre Rebbe’s representative in Knesset, Litzman’s actions carry significant weight in some communities other than Gur.

Once again, this is based on rumor, albeit reliable one, but in now way represents Litzman’s final decision vis-à-vis the Jerusalem elections.