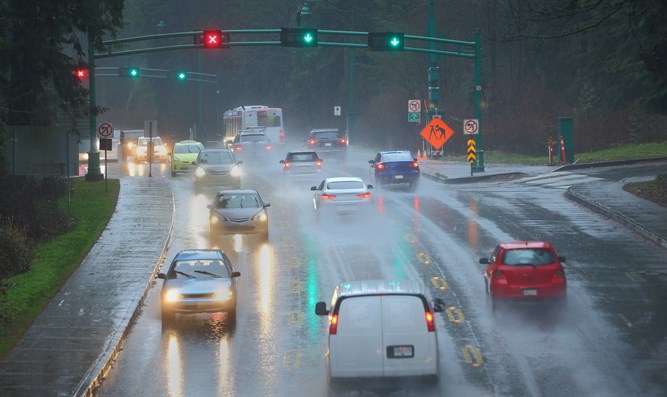 The unprecedented weather experienced in Israel last month has returned with unseasonably low temperatures in Jerusalem on Tuesday, erev Rosh Chodesh Tammuz, and reports of heavy local showers in Ra’anana and other areas.

The volatile weather continues to be unsettled. On Tuesday morning, local rains began to fall in the north of the country, and the Dan region began to turn cloudy.

Due to the fear of flooding, the Ein Gedi Nature Reserve was closed to visitors on Tuesday morning. The Israel Nature and National Parks Protection Authority (NPA) announced that it had closed a hiking route in the Golan Heights area, in the Lower Zavitan Stream and in the Black Creek in Yehudiya reserve, due to a fire that hit the site.

Skies on Tuesday are partially cloudy and local rains are expected to fall in the north and center of the country. In addition, there may be local thunderstorms – and in the Judean Desert and the Dead Sea there is a fear of floods.

Tonight, the clouds will continue, and the sky will be partly cloudy to cloudy. In addition, local rain showers from northern Israel to the northern Negev are expected to descend.