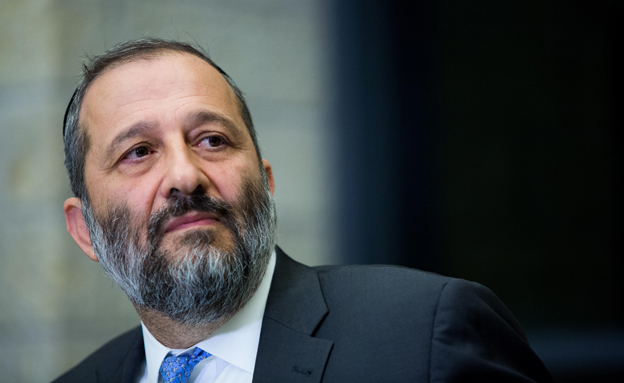 A machlokes exists between the rabbonim in the Sephardic tzibur as Shas chairman, Minister Aryeh Deri, met in secret with Rosh Yeshivat Porat Yosef HaGaon HaRav Moshe Tzadka  in order to discuss the ongoing efforts to pass a new draft law in Knesset. Rav Tzadka has already spoken out harshly against the bill, as well as criticizing reports the chareidi parties may support it. The rosh yeshiva has also threatened to instruct bnei Torah not to respond to induction centers.

According to a Kikar Shabbos News report, the meeting was held Monday night near midnight, as Deri arrived in the rosh yeshiva’s home on Shmuel HaNavi Street in Yerushalayim. In an apparent effort to keep the meeting secret, Deri arrived in a vehicle of one of his colleagues to avoid being identified.

An eyewitness who was present on Shmuel HaNavi Street at the time of the departure of Minister Deri from the rav’s home and managed to document the vehicle fled from the street. He is quoted telling Kikar News, “Around midnight, while I was making my way home, I noticed one of Deri’s associates running from the stairwell, standing next to him. Suddenly, Deri exited with his hat in front of his face, apparently, seeking to avoid being identified.”

It is not clear what the reason for the secrecy of the meeting may be, perhaps in order to prevent criticism within Shas’ Moetzas Gedolei Torah. There have been reports the members of the Torah council are angered over the fact they have yet to be consulted regarding the new draft law and the party’s position.