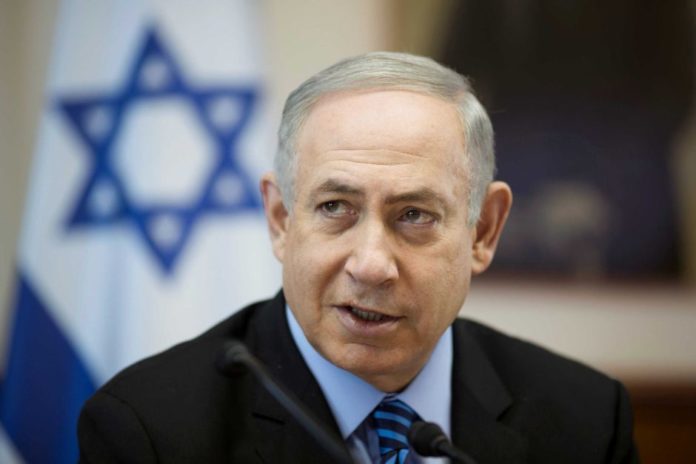 MK (Machane Tzioni) Zouheir Bahloul on motzei Shabbos announced his resignation from Knesset, reportedly in protest over the Knesset’s passage of the Nationality Law, which has resulted in a stir and shouts of protest among the Israeli Arab, Bedouin and Druse communities.

In his words, “The Nationality Law transfers the Arab population outside the path of equality in the State of Israel through the Basic Law, adding, “I will have to respond to my grandchild when he asks, ‘Where you in Knesset when this law was passed’. Now I can tell him, that I resigned in protest over the law, which should have resulted in Israelis taking to the streets”.

Bahloul added in his view, the new law resembles apartheid, adding, “There is no way I can accept the law, which restructures the identity of the state, which has become an apartheid state. We are citizens of the State of Israel, children of the state. We were here before 1948 and all our roots are stuck in this land”.

Bahloul was also critical of his left-wing camp for remaining so silent, expressing disappointment over the lack of an outcry in opposition to the law.

The Nationality Law enshrines the State of Israel as the state of the Jewish People, Hebrew as the official language, the national flag and more, safeguarding the Jewish character of the state, to the alarm of the non-Jewish citizens. The law is part of the so-called Basic Law, which means a majority of 61 in the 120-seat Knesset is required to amend it and not a simple majority of those present when voted upon.

Arab MK Ahmed Tibi was shocked when he learned the chareidi parties would be supporting the law, possibly ending a working understanding as the chareidim and Arabs assisted one another in passing and opposing legislation. The law is already facing its first challenge in the High Court of Justice and Minister Naftali Bennet has already apologized for insulting the Druse community, albeit unintentionally, and is meeting with Druse officials in the hope of mending fences.

During the beginning of the weekly cabinet meeting on Sunday morning, Prime Minister Binyamin Netanyahu made the following comments regarding the Nationality Law.

“The State of Israel is the nation-state of the Jewish people, with full equal rights for all of its citizens. This is the meaning of the words ‘a Jewish and democratic state’.

“We have determined the personal equal rights of Israeli citizens in a series of laws including Basic Law: Human Dignity and Liberty, laws that ensure full equality before the law, beginning with the right to vote and be elected to the Knesset and ending with all other personal rights in the State of Israel.

“However, we have never determined the national rights of the Jewish People in its land in a basic law – until now, when we passed the Nation-State Law. What is the meaning of national rights? They define the flag, the national anthem, the language and, of course, the fact that one of the basic goals of the state is the ingathering of exiles of our people and their absorption here in the land of Israel. This is the meaning of the Zionist vision.

“Does determining that our flag bears the Star of David somehow abrogate the individual right of anyone among Israel’s citizens? Nonsense, but determining this ensures that there will not be another flag. Does determining that Hatikvah is our national anthem detract from the personal rights of any person in Israel? Nonsense, but it does determine that there will not be another anthem. Already there are proposals to replace the flag and the anthem in the name of equality, as it were. There is opposition to the idea of a nation-state in many countries, but first of all in the State of Israel, something that undermines the foundation of our existence, and therefore, the attacks emanating from left-wing circles that define themselves as Zionist are absurd and expose the nadir to which the left has sunk.

“Over decades the opposition has preached to us that we must withdraw to the 1967 lines in order to ensure that Israel remains the national state of the Jewish people in which there is a Jewish majority in the state. Then suddenly when we pass a basic law to ensure exactly this, the left cries out in protest? What hypocrisy.

“The Israeli left must search within itself. It needs to ask itself why the basic term of Zionism, ‘a Jewish national state of the Jewish people in its land’, has become a rude term for it, a rude word, a principle that one should be ashamed of. We are not ashamed of Zionism. We are proud of our state, that it is a national home for the Jewish people, which strictly upholds – in a manner that is without peer – the individual rights of all its citizens.

“As opposed to the infuriating words that we hear from left-wing spokespersons, the result of which is the taunting of the Jewish state, the feelings of our Druse brothers and sisters touch my heart. I want to tell them: There is nothing in this law that infringes on your rights as equal citizens of the State of Israel, and there is nothing in it that harms the special status of the Druse community in Israel. The people of Israel, and I among them, love and appreciate you. We very much esteem the partnership and the covenant between us.

“I am aware of the feelings coming from the community. Therefore, I met with the head of the community and I will continue this dialogue today as well, in order to find solutions that will meet the concerns and give expression to the special partnership between us. I promise you that this partnership of fate will only strengthen.”