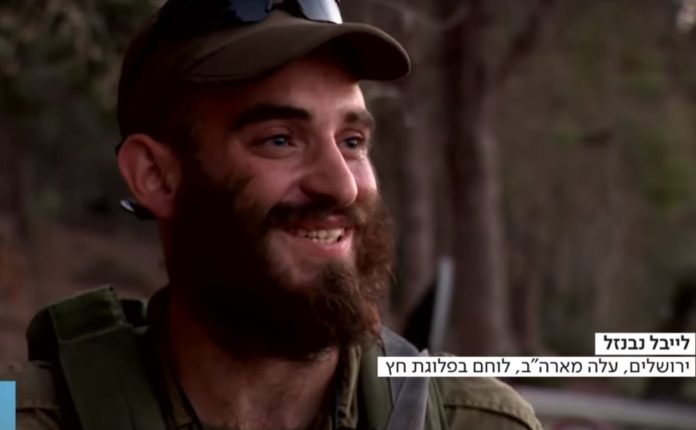 Chareidi soldiers who are serving in the 202nd Battalion are proud of their unit, the Arrow (Chetz) Company in the Paratroop Brigade. There are 77 members of the company, all viewed as “chareidim” by the IDF.

Unfortunately, there are some, including those interviewed in the KAN News report, who have been placed in cherem and not in touch with parents for a year or longer.

A commander, Major Shai Juni, explains that 25-30 of his soldiers are designated as ‘lone soldiers’, Israelis, not foreigners, but they have been thrown out by their families. The major explains his parents have taken in one such soldier, and now accommodate his needs, including glatt meat.

Another explains how he wanted some kugel, and they entered Meah Shearim at about 9:00PM and were seated in a restaurant and enjoying their food. They soon heard shouts, stating there were about 300 people outside shouting against them. The police came and extricated them without incident.

Soldier Yigal Malka of Tzefas explains “One learning Torah should continue doing so 100% for he and the others are protecting Am Yisrael. However, others, those who do not, should consider entering the army. I am not chiloni (secular)” he explains, emphasizing how he maintains his frum lifestyle while serving. An officer of the rank of captain explains how and what is done to make sure they maintain their level of religious of observance.

These soldiers serve in Yehuda and Shomron and will soon be moved to the Gaza border and the battalion commander, Lt.-Colonel Ron Friedman, is responsible for the logistics, to maintain the separation between the frum soldiers and female personnel, even when serving along the Gaza border. Friedman explains “this is done if and where possible and if cases where it is not possible, I can send them with the limitations, such as minimal contact with female personnel”. When asked “Is the Chetz unit experiment a success or a pain in the neck?” Friedman says without hesitation “An absolute success, and these soldiers are the best”.

According to the report, today, there are 7,600 chareidi soldiers serving in the IDF.