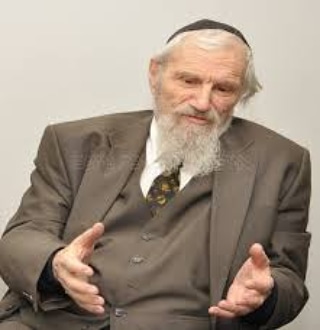 The founder of Bnei Brak’s Mayanei HaYeshua Hospital, Rabbi Dr. Moshe Rothschild, 89, is reportedly in serious condition in the hospital after collapsing during the night of motzei first day of Sukkos, the eve of 16 Tishrei.

A piece of the ceiling of the elavator in Dr. Rothschild’s Bnei Brak home fell on him, and he was rushed to his own hospital. He reportedly lost consciousness and remains in serious condition in an intensive care unit.

The doctor is known to be close to HaGaon HaRav Chaim Kanievsky Shlita, who is expected to visit the hospital sometime today, Tuesday, the first day of Chol Hamoed Sukkos.

Dr. Rothschild is the father of 17 children and lives in the Torah city. A son, Rav Micha Rothschild, was seriously injured in an accident in 2009 and remains hospitalized in a comatose state since.

Today, two sons, Shlomo and Natan, continue overseeing the operation of the hospital.

The tzibur is asked to be mispallel for Moshe ben Sara bsoch cholei yisrael.