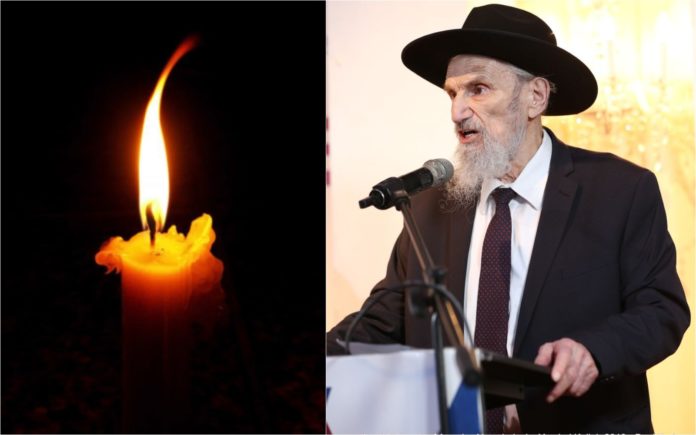 YWN-Israel reported that the doctor was taken to his own hospital in serious condition on the first day of Chol Hamoed Sukkos after a piece of the elevator ceiling in his home fell on him.

The doctor was known to be close to many Gedolim including HaGaon HaRav Chaim Kanievsky Shlita, who visited the hospital on Tuesday, the first day of Chol Hamoed Sukkos.

Dr. Rothschild leaves behind 17 children. One son, Rav Micha Rothschild, was seriously injured in an accident in 2009 and remains hospitalized in a comatose state since.

Today, two sons, Shlomo and Natan, continue overseeing the operation of the hospital.

The Levaya took place on Motzei Shabbos, leaving the Frum-operated hospital to the Vishnitz Beis Hachaim. Per the direction of Rav Chaim Kanievsky, there were no Hespidim.

MKs Moshe Gafni and Yaakov Asher were among the politicians who participated.