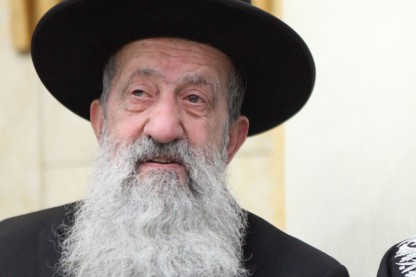 HaGaon HaRav Bentzion Mutzafi Shlita, a leading Sephardi posek, spoke out during a shiur in the Mosaiyuf Shul in Yerushalayim about Tiveria Mayor Ron Kobi, who is working hard against the city’s frum community.

The rav commented on the mayor’s roots and that he is a grandchild of Gedolei Yisrael and now working to make the city more secular. He insists no one can call Tiveria a secular city, for it is a city where Talmid Yerushalmi was published and where Rav Meir wrote Mishnayos. Where Rabbi Akiva sat all day, including Rabbi Yochanan Ben-Zakai and others, not forgetting that the Rambam, the Nesher HaGadol is buried there.

Rav Mutzafi lamented the current situation and the mayor’s tireless efforts to do everything within his power and authority to make the city more secular.