Agudas Yisrael’s revenge against Degel Hatorah is playing out in Betar Illit, as the litvish party will not be receiving a deputy mayoral position as promised. This is the chassidish party’s way of getting back after announcing former Beit Shemesh Mayor Moshe Abutbul is not resigning to permit Agudas’ Avraham Nachman Frankel to become a deputy mayor in Beit Shemesh.

Agudas Yisrael accuses Degel Hatorah of failing to abide by the agreement signed by which Moshe Abutbul will resign to permit the ninth person on the list to enter the coalition and become a deputy mayor, referring to Agudas Yisrael’s Avraham Nachman Frankel. In a media interview, Agudah’s Shimon Goldberg used terms like “Shveiras HaKeilim” and stated, “There is no one to trust”, as he accused Degel of failing to abide by the agreement.

Degel’s Moshe Muntag visited HaGaon HaRav Chaim Kanievsky Shlita with Abutbul, and the Torah giant instructed Abutbul to remain and not resign as planned. Hence, Abutbul retracted his letter of resignation and will continue serving on the city council. As a result, Frankel will remain outside. That being the case, Agudas Yisrael decided it will block Degel’s Dudi Zlatz (זלץ) from becoming a deputy mayor in Betar Illit.

Degel boycotted the festive meeting of the incoming administration in Betar in response to Agudah’s retaliatory move.

In the Wednesday edition of the HaMevaser newspaper, affiliated with Shlomei Emunim, it presents an extensively detailed analysis of the election in Beit Shemesh, rejecting accusations from Degel Hatorah, that Agudas Yisrael members, which include Shlomei Emunim, voted for Mayor Aliza Bloch and not Abutbul, and that is why she lost and why Rav Kanievsky instructed Abutbul not to resign.

The newspaper however breaks down the voting by neighborhood and insists it is clear that Agudas Yisrael voters did back Abutbul, and he lost to Bloch because of other factors, not due to the voting of backers of Agudas Yisrael as claimed by Degel leaders. 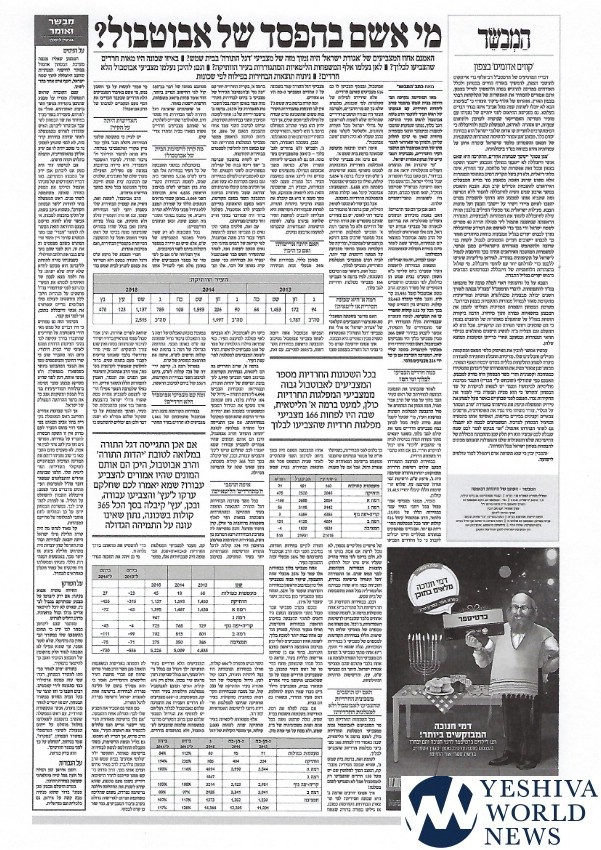