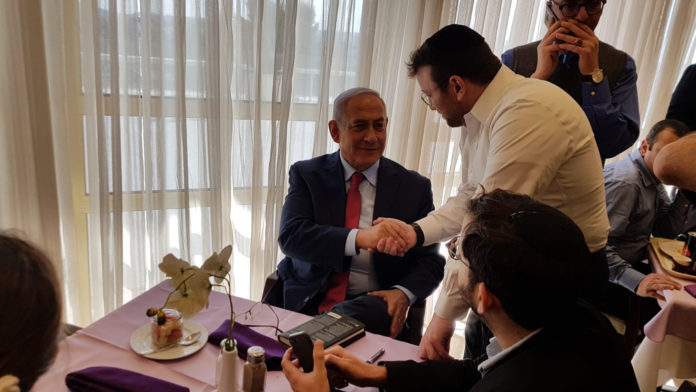 Prime Minister Binyamin Netanyahu met with CEO of United Hatzalah Moshe Teitelbaum on Wednesday evening to discuss the lifesaving activities of the organization’s 5,000 volunteers across Israel. During the meeting, Teitelbaum presented Netanyahu with some of the many success stories of United Hatzalah volunteers, some of whom decided to become volunteers after their family members or they themselves were rescued by other first responders from the organization.

“It was very meaningful to me as CEO of the organization to be able to show the Prime Minister a few examples of the countless lives that have been saved by our first response volunteers. The volunteers give of themselves every day to help others, and that message resonated very strongly with him.”

Prime Minister Netanyahu expressed his strong support for the work done by United Hatzalah volunteers. In his meeting with Teitelbaum, Netanyahu expressed that he views the volunteers’ contributions as “holy work,” and said he would endeavor to assist the organization in continuing its lifesaving work in any way that he can.