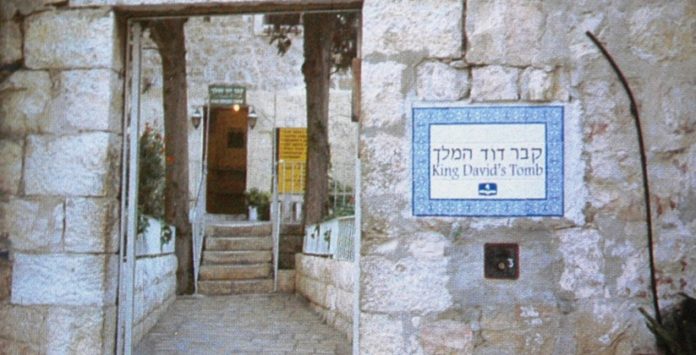 A group of activists who are fighting to save Kever Dovid HaMelech, so it remains in the hands of the Jews uncovered a new tunnel under the tziyun this past week, intended to serve as an underground passage for the church from the main building for the residence of the clergy in the Beit Yosef building.

“The tunnel was built in secrecy and deceit for about ten years,” the activists claimed. “The church intends to build another church in the area of the ancient mikveh and damage the Jewish character.”

Rabbi Yosef Berger, one of the local rabbonim, added that the Israel Antiquities Authority (IAA) cooperated with the Vatican, and accused the IAA of doing so with the approval and sponsorship of the State of Israel.

The Israel Antiquities Authority said in response, “The IAA representatives supervise the activity at the Tomb of David every day. This is an important site, with a rich and fascinating history. The claims presented in the article do not deal with archeology, but with an absurd accumulation of inventions.”