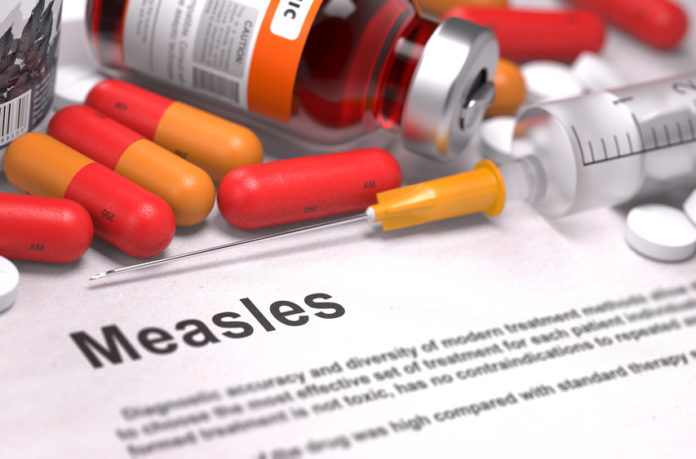 Hundreds of mispallalim, including women and children, who were present during shachris in the Beit Knesset HaGadol in Bnei Brak this past Shabbos are urged to be checked for measles as one of the mispallalim was infected.

According to the report filed by Ohr Ravid in Walla, the ill person was in the shul this past Shabbos between 12:00 and 12:30PM. Anyone in the shul during that time period is urged to be checked, with the Health Ministry adding, anyone who develops a fever and/or rash in the coming days, and was present in the shul, should report to his physician immediately.

Walla News adds that two children, ages four and 34 months, in Moshav Yavniel, are infected. Their father brought them to the area Clalit Kupat Cholim clinic in the Tiveria area. Anyone who was in the area of those children is also urged to have themselves checked.