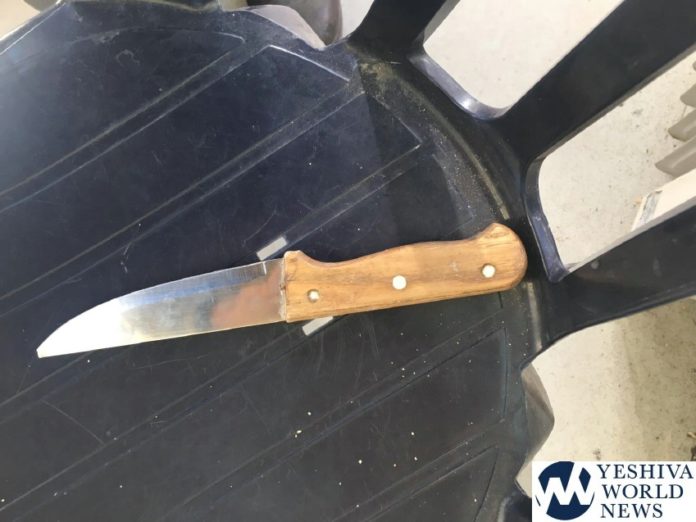 With Siyata Dishmaya, alert border police most likely prevented another stabbing attack at the Ma’aras HaMachpelah, stopping an Arab for inspection only to find a knife hidden among his tools.

The suspect, a male in his twenties, placed himself among a group of tourists visiting the holy site, trying to enter with them but was stopped for inspection, and this is when border police found the hidden knife, which is shown in the accompanying photo.

The border police detected what they perceived to be unusual behavior by the suspect, realizing he did not fit with the group, deciding to stop him for inspection. When they directed their weapons at them, he pulled out the knife concealed in his clothing and threw it to the ground, then raising his hands. He is a resident of the PA area of Hebron and was taken into custody for questioning.