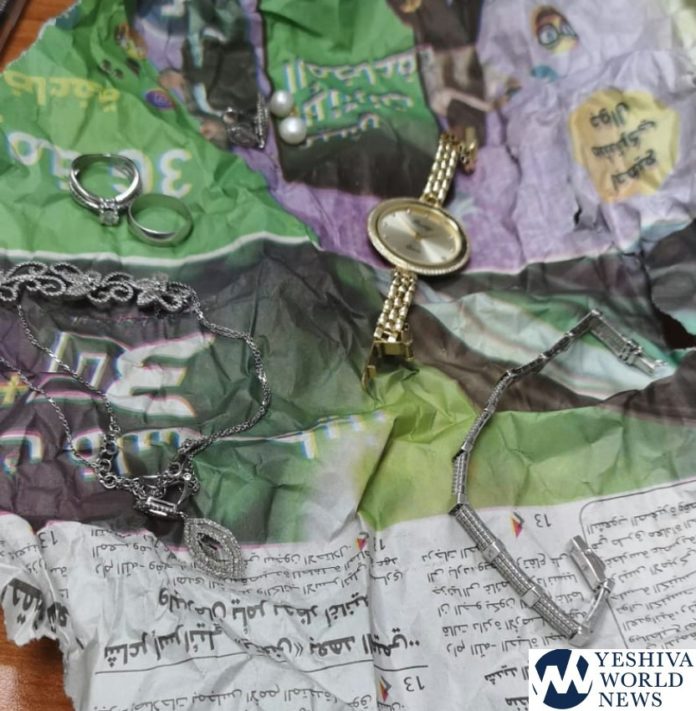 Jewelry worth NIS 30,000, including an engagement ring and wedding band were recently stolen from a yeshiva in Telshe Stone.

This past Shabbos, the Shabbos before their chasenah, a family was hosted in a yeshiva and the items mentioned were stolen from the room of one of the guests. A box containing all of the stolen items was taken from a room, which also included bracelets and other valuables.

Police were summoned and they took statements from the victim, and the investigation pointed to one of the persons who cleaned and prepared the rooms. The person in question was detained for questioning, and at some point, it became clear to police that the 41-year-old PA (Palestinian Authority) resident hid the stolen items in his home.

Thanks to the efforts of police the stolen items were recovered and returned to the victim.

Police explain that in addition to the value of the stolen items, they realized the sentiment attached to the engagement ring and wedding band and they are pleased that they succeeded in locating the stolen goods, which have been returned.