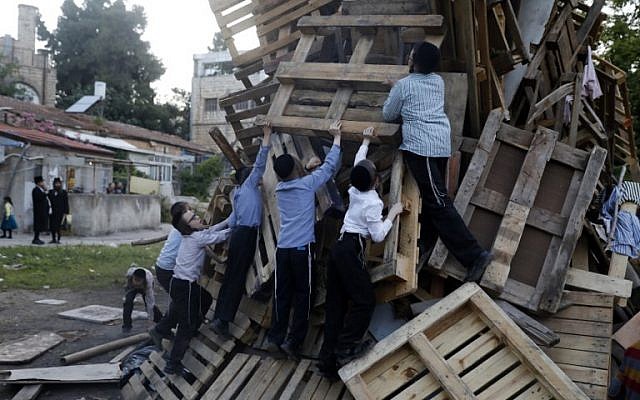 While the children were still in school on Wednesday morning, Jerusalem Municipality inspectors made the rounds, dismantling dozens of bonfires ahead of Lag B’Omer because they pose too great a risk.

Warnings have been issued along with regulations regarding bonfires, as meteorologists are predicting a ‘sharav’ heatwave, which will be bringing oppressively hot and dry weather conditions during the Lag B’Omer weekend, which sets the stage for ideal conditions for the spread of fire.

The inspectors were accompanied by trucks with a crane arm, which was used in frum areas, concentrating on the Har Nof, the Jerusalem Forest and Ramot Gimmel areas. Large bonfire setups that they fear would pose too great a danger were taken down along with fires set up in proximity to the forest and trees.

The Chief Rabbinate of Israel, the Israel Fire & Rescue Service and other agencies issued warnings this week amid predictions of a sweltering Lag B’Omer, hoping the tzibur will adhere to these warnings to avoid a tragedy chas v’sholom.

“Today and tomorrow there will be a heavy and extreme heat wave around the country, and we all know what it means: a risk of fires and danger to human life. There is no commandment to light a bonfire [on Lag B’Omer and it is certainly worth reconsidering [doing so] due to the current weather,” Erdan says.