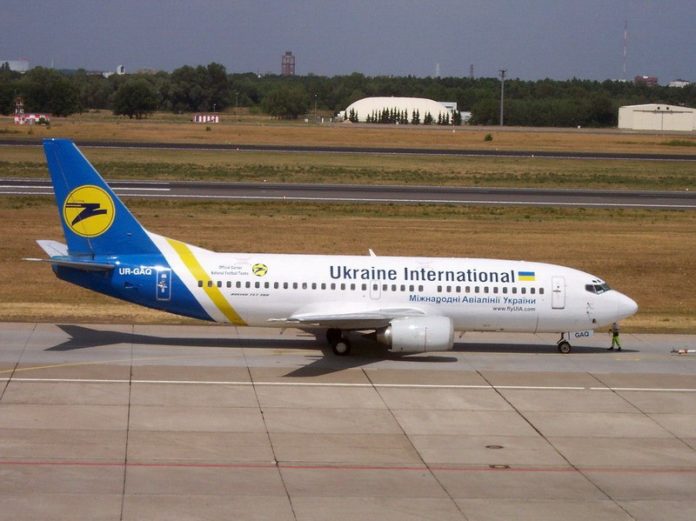 Ukrainian Airlines seems to have intentionally profiled Orthodox Jewish passengers on a flight this week, in what looks like an inside job to rob them blind.

Multiple passengers spoke to YWN and say that approximately 50 Orthodox Jewish passengers were on Ukrainian Flight number PS778 at 5:30AM Monday morning from Tel Aviv to JFK, with a brief stop in Kiev. As the passengers were about to board the plane in Tel Aviv, Ukrainian Airlines personnel began making everyone place their hand luggage into a box to measure the size. Strangely, their luggage all fit, but were told they can not take it on the plane with them. Instead, they were given a “green sticker” with no tracking number on it.

The Frum passengers began to realize that something was suspicious, as the rest of the flight (non-Jews) were all able to board the plane without their hand luggage being taken away.

One passenger described it as blatant anti-Semitism, as anyone with a Yarmulka, beard and peyos had their luggage taken away.

One man who uses a c-pap machine to sleep on the flight begged to be allowed to take his hand luggage on board. His request was denied without an ounce of compassion.

At first the passengers staged a small protest and refused to board, but they eventually boarded the flight to Kiev – with assurances that their hand luggage would be waiting for them.

While on the flight, passengers became even more suspicious, as they notice that much of the overhead compartments were very empty. They had been told in Tel Aviv that the overhead bins were all full to capacity, and and that’s one of the reasons they could not take their hand luggage on board.

Upon their arrival in Kiev, their worst nightmare turned into a reality, as just about all their hand luggage was never returned to them. When they asked Ukrainian Airline personnel in Kiev where their hand luggage was, they said “we have no idea”. They showed the airline personnel their “green stickers” they were given, and were told that they had never before seen such stickers.

The Jews were then rushed and yelled at to hurry onto the connecting flight in Kiev, and were not given the time of day to listen to them plead for their handbags.

The group then boarded Ukrainian Airline Flight number PS231 from Kiev to JFK, and arrived in NY on Monday afternoon around 1:00PM.

The entire group filed complaints in NY, which took a few hours, and were told that they never before saw this many people with stolen luggage. Police in Tel Aviv and JFK are investigating the incident.

Additionally, multiple passengers had not only their hand luggage, but their regular luggage disappear as well.

One passenger tell YWN that he was told by the airline on Tuesday that the luggage would all be returned later today, but that has already changed and he was now been told it won’t be in NY before Wednesday.

Professionals in the airline industry say that the chances of the passengers ever receiving their valuables is slim to none, and at best, they will get their luggage back – with nothing of value inside.

YWN warns people flying Ukrainian Airlines to be extra cautious with their luggage.

UPDATE: Dans Deals reached out to Gregory Truman, the UIA (Ukraine International Airlines) General Manager for North America for their side of the story and here is what he said:

“I am waiting for an official statement from the head office…But, here is a summary of what happened…

Yesterday in TLV, the ground handlers did not use the correct UIA bag labels when tagging bags that were loaded from the plane into the storage area with other checked bags under the plane. There was a miscommunication between the airport staff in TLV and KBP, as the ground handlers in KBP, did not get the correct information for names and final destinations that these bags were to be transferred and unfortunately, they were left in KBP.

I have spoken with head office and they understand what happened, and will not allow this to occur again.

So, yes, passengers with oversized or overweight baggage had to gate check these bags. They should have received an official UIA tag to insure proper handling. They did not and the bags were mishandled. That compounded the situation as passenger are required to pay for checked bags even when done at the gate.

Hope this provides an adequate summary. If you have additional questions, please let me know.

I know that many Jewish travelers feel like they were singled out. I can assure that we treated all of our passengers the same yesterday – very poorly 🙁

The bags are being processed. And as soon as is possible. I do not have specifics for each passenger other than it is being worked on. I believe every passenger filled out paperwork describing their luggage and providing a delivery address.

So there you have it. The agent in Tel Aviv clearly told her superiors that the bags in question were all oversized, though that’s likely suspect. It was probably just easier on them to force everything with wheels to be gate checked. Dan notes this seems like typical poor customer service as one would expect from an airline like Spirit when you are trying to save a few shekels. In the end of the day you get what you pay for. [Read more at Dans Deals]