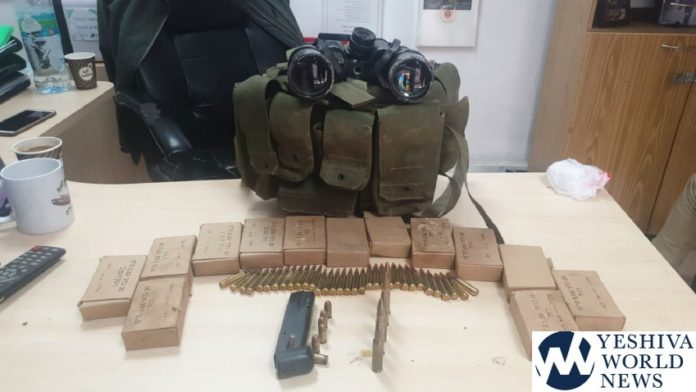 Israeli security forces during early Thursday morning raided a number of homes in the Amari Refugee Camp and discovered a factory containing equipment, including a lathe, for the manufacture of weapons and ammunition

IDF soldiers, border police and Israel Police working with agents of the ISA (Israel Security Agency/Shin Bet) during the night between Wednesday and Thursday raided a number of homes in the Amari Refugee Camp in the Binyamin Brigade area. During the operation, based on intelligence information, they discovered a factory for the manufacture of weapons and ammunition. The factory contained a lathe, among other machines. They also found combat vests, hundreds of rounds of ammunition for an M16 assault rifle, as well as 9mm bullets for an Uzi machine gun or pistol, binoculars, magazines for pistols and more. The operation was part of daily ongoing efforts to prevent terror attacks in areas of Yehuda and Shomron.

Four residents of the refugee camp were taken into custody.

As the force was operating, they were attacked with bottles, cinder blocks and other potentially fatal objects. B’chasdei Hashem, there were no fatalities or injuries. The lathe and other equipment were destroyed in a controlled blast. 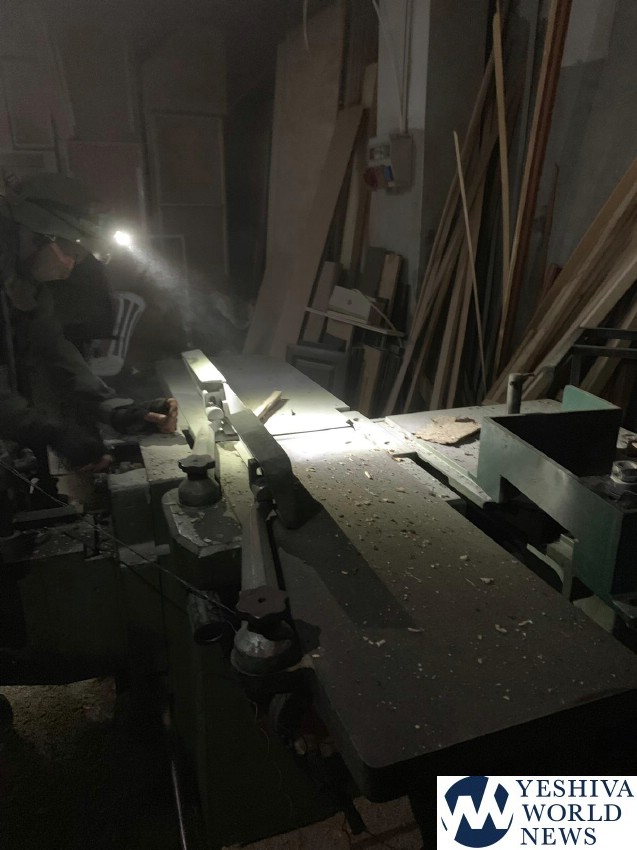