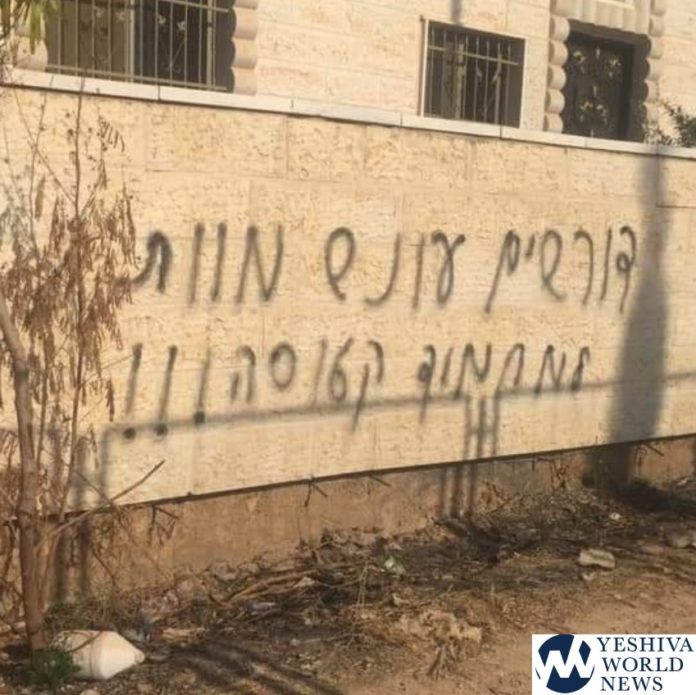 Two weeks following the release from prison of Dir Qadis resident Mahmud Qadusa, the main suspect in the assault case against a 7-year-old chareidi girl from the Shomron, there are some 100 police officers, detectives, and cybercrime technicians working on the case, but it appears, police have not made significant progress towards apprehending her attacker.

The investigation was renewed following his release, and the team expanded significantly as the case remains a high priority for the department. However, despite the manpower hours invested in the case to date, a new suspect has yet to be arrested.

According to the News12 report, police haven’t a clue regarding the identity of the attacker, as all the evidence to date was premised on the fact that Qadusa was the attacker, but his alibi and other discrepancies in the case compelled police to release him. In fact, News12 reports that police have reached a dead end.

Qadusa was employed as a school janitor for many years, the school attended by the girl. She reported that he held tried to seduce her with candy, then taking her hand and tried to walk her out of the community to where his car was parked, and she screamed and resisted.

It became clear to investigators that it would be beyond bizarre that during the 20-minute walk to his car, crossing a chareidi community, that the screams of a little girl would be ignored as an Arab man held her hand and pulled at her to come with him. In addition, a teacher in the school insists that Qadusa was with him at the time of the alleged attack.