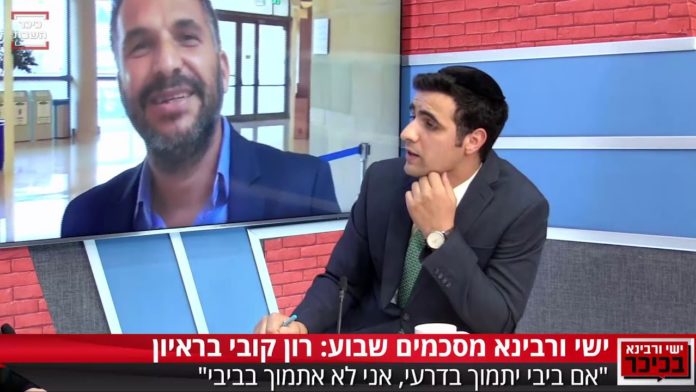 He assures listeners that while the city has not passed a budget, it is operating fabulously, and the city is not in debt and things are running as they should. Regarding the budget, Kobi explains the interior minister, Aryeh Deri, “thinks he can just oust me, because he has a mandate to do so but he cannot get rid of me as quickly as he believes”.

He accuses his host, Kikar Shabbos News, of being “a shofar for Aryeh Deri” but he assures his guest this is not the case. He adds that Aryeh Deri will not bring eight seats because of Deri and it is time to realize that “Deri is a criminal” and it is time to get rid of him. “Maran A”H established Shas…I respect this and there are things I do not respect, Aryeh Deri. It is time to get him out of the Interior Ministry”.

How will you succeed in Knesset if you cannot on the municipal level?
Who says I am not succeeding? The budget is not everything… I am telling you Deri will not oust me and if he does, he will have serious troubles.

One of the reasons I want to go to the Knesset because of people like Deri, who wish to compel us to keep their Shabbos and bring things to cities we do not want. There are bad people in the government like Deri trying to create a bloc in Tiveria and turn the city chareidi. Keep dreaming.

I met with PM Netanyahu and his wife, good people, and unfortunately, they go with Deri. I am telling you now, Deri and I will not sit in the same place.

September 17, 2020 4:41 pm
3
The Orange County Health Department visited the main Satmar Shul in Kiryas Joel on Wednesday morning and platstered a "cease and desist order" on...