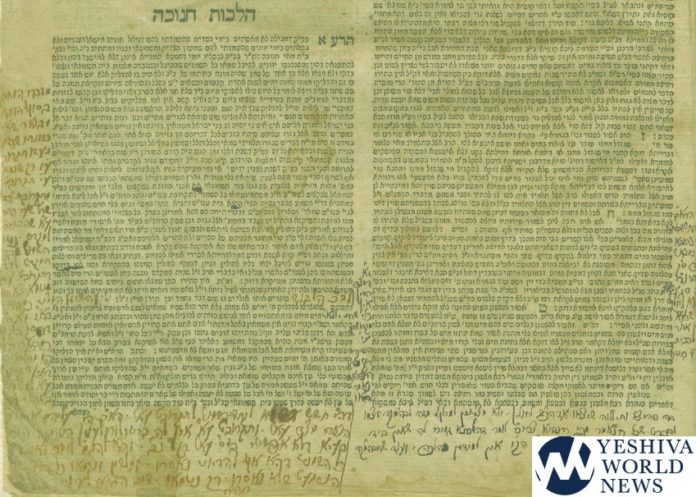 A lost manuscript of the author, “Baruch Taam,” formerly known as Rabbi Baruch Frankel-Teomim, was discovered in recent days. It contains a composition comprised of thousands of his handwritten commentary on the Shulchan Aruch. However, a comparison with the printed version reveals that the manuscript contains dozens of unpublished glosses including many which had been printed incorrectly or incompletely. The manuscript, which will be put up for public auction this Wednesday at the Kedem Auction House in Jerusalem, is expected to be purchased for hundreds of thousands of shekels.

Many of the author’s writings had actually been lost during his lifetime, and he prayed for their eventual recovery. The Baruch Taam’s son-in-law, the Admor and author of Divrei Chaim said: “May G-d allow the commentaries of father-in-law, which he has lost causing him great anguish, to be found.” The Admor’s wish came true as all of his father-in-law’s commentary on the Shulchan Aruch has emerged in its entirety. The manuscript also includes all of the Baruch Taam’s writings on the Pri Chadash, another Jewish commentator.

Although most of the works pertain to the commentary, “Magen Avraham,” a good portion relate to the Shulchan Aruch and other commentators such as the Pri Chadash. The volume is replete with commentaries from beginning to end, appearing on just about every page.

Meron Eren, one of the owners of the Kedem Auction House noted: “This is an extraordinary historical discovery of which its impact on the world of Jewish law may be very significant. We are happy to be partners in discovering such a significant asset of the Jewish world.” 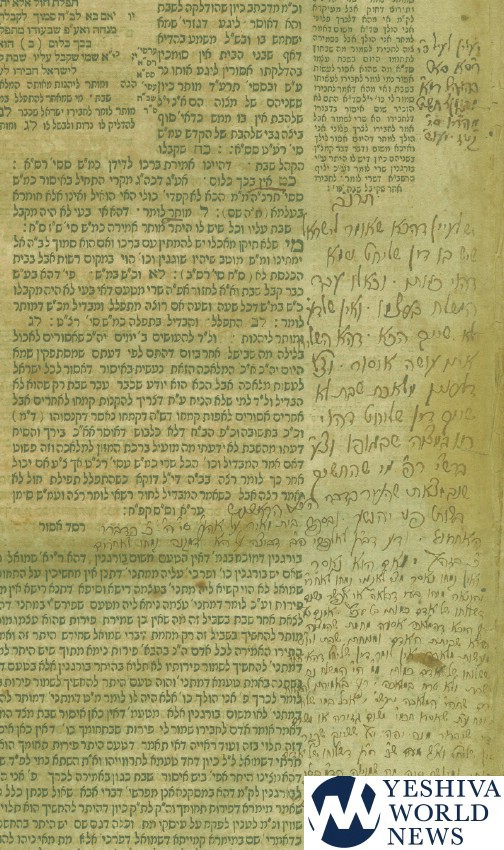