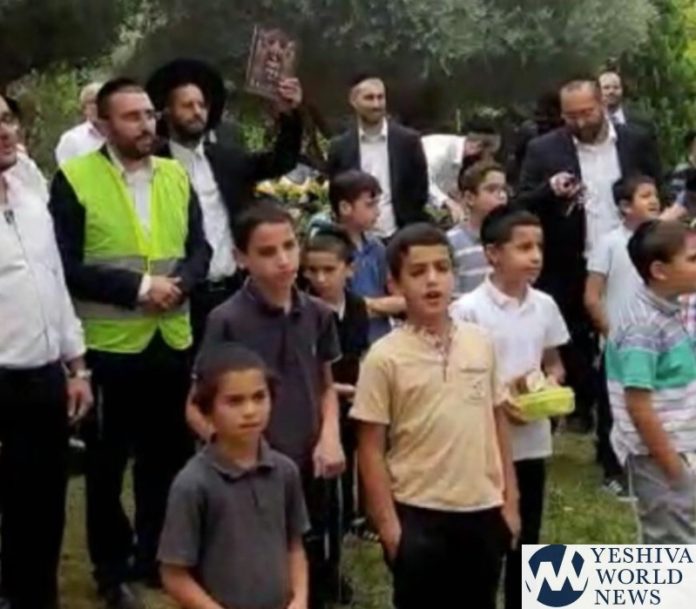 Avigdor Lieberman visited the city of Maaleh Adumin on Sunday and toured the various neighborhoods. At one of the stops on his tour a group of Charedi school children awaited and protested in front of the former Defense Minister the lack of school rooms available to the Charedi community in the city. The children stood in front of Lieberman and his entourage and sang Torah songs for numerous minutes. There was no provocation or taunting of the former minister who is anathema to many in the Charedi community.

Lieberman vowed that one of the first demands of Yisrael Beiteinu will be the inclusion of core curriculum for all streams of schools. “We will not allow government support for private schools nor for schooling  of other streams that do not include the approve core curriculum that includes lessons  in English, math and science.”

Lieberman supported the decision of the Mayor and the City Council who have decided to not open new schools for the Charedi communities in the city as they do not teach these subjects. “I believe that the mayor and the city council, as well as the management of the city, have acted appropriately in refusing to give Shas and the El HaMa’ayan school system new schools here,” Lieberman said. “Ma’aleh Adumim is a big city with a pluralistic outlook. The majority of the population is secular and there is no reason to open a school here that belongs to the El HaMa’ayan network. Therefore I support the decision of the city.”