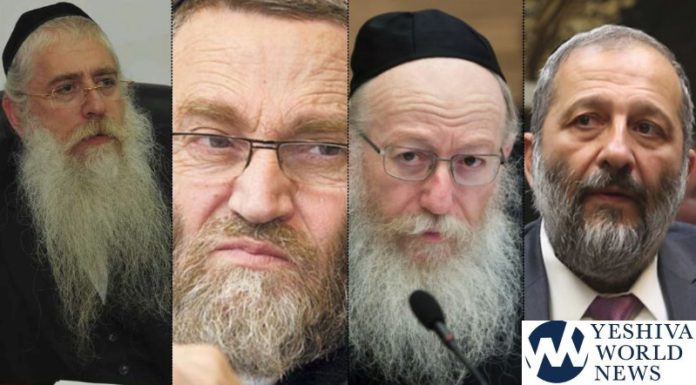 According to the latest Channel 13 News poll, released on Sunday evening, both the Likud and Blue & White parties gain votes while the chareidi parties take a beating. It would appear voters believe the only chance of forming a coalition government is by supporting the larger parties.

According to the poll conducted by Dr. Kamil Fuchs, if elections were held today, Blue & White would receive 35 seats and Likud would gain two additional seats, reaching 34. However, the situation does not change for neither large party is capable of forming a coalition government without including MK Avigdor Lieberman and his Yisrael Beitenu party.

What is perhaps more relevant are the blocs, and this time around, the left-wing/Arab bloc leads with 57 seats. The right-wing chareidi bloc has 54 seats.

Who would you vote for if there is direct election of a prime minister?
40% Netanyahu
37% Gantz
13% Will not vote for either of them
9% Do not know