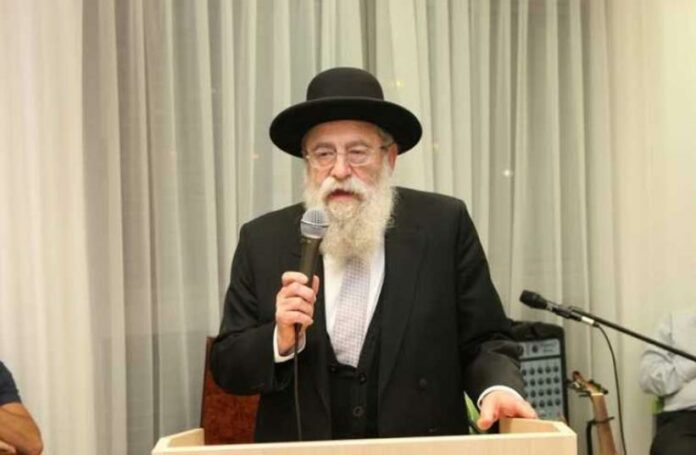 After Minister of Religious Services (Shas) Yitzchak Vaknin stated he would not arrange for a special compensation to extend the term of Ashkenazi Chief Rabbi of Jerusalem HaGaon Rav Aryeh Stern Shlita, both Tzohar Rabbonim and the New Right party are speaking out to extend the rav’s term.

MK (New Right) Matan Kahane on Thursday morning sent a letter to the Ministers of Justice and Religious Services with a request to approve extending Rav Stern’s term. The rav has reached compulsory retirement age, 75.

Kahane wrote, “Rav Stern was elected as the representative of the dati leumi community but serves as the rav of the city for everyone. I am writing in the name of a large tzibur, but primarily in the name of the religious Zionists: the affront to the rav’s kovod, which is unacceptable”.

He goes on to state the refusal to extend the rav’s tenure is also contrary to kovod HaTorah, and a large tzibur.”

Kahane feels that Vaknin “exhumes a foul odor of political considerations that have no place in the religious services of the State of Israel”.

A similar calling was heard by Tzohar Rabbonim, as Rabbi David Stav pointed out Rav Stern is an extraordinary talmid chacham who during his tenure showed his abilities to handle dialogue with a wide range of communities, including the dati leumi, chareidim and non-religious.

Rav Stav quotes Rav Stern’s qualities, ranging from his modesty and humility, and he continues his job in in absolute apolitical fashion and refusal to extend his term for simple technical reasons would not be the correct decision.