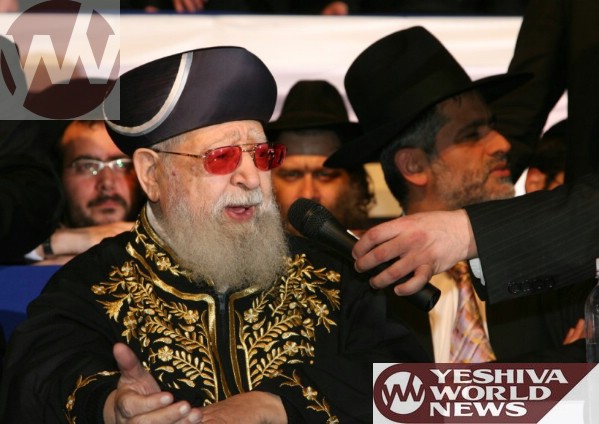 Over 200,000 people on Monday received a recorded phone message from Shas leader Eli Yishai, who is rightfully growing concerned over the popularity of Yisrael Beitenu leader Avigdor Lieberman. Polls are now showing Lieberman’s party will take 18 seats in the next Knesset.

Lieberman’s campaign has also been targeting development towns, previously Shas’ turf, and there is a growing number of former Shas supporters now signaling they plan to vote for Yisrael Beitenu, which exhibits a more hard-line right-wing stance, a welcome position following eight years of rocket attacks in the south. Shas on the other hand, while perceived as right-wing does not stress this aspect of its platform, but prefers to boast its efforts towards the restoration and continuation of Torah values in Israeli life, with an emphasis on the Sephardic community.

Yishai’s recording mentions Lieberman’s promise of civil marriages and the sale of pork nationwide. “This will lead to widespread assimilation” Yishai warns, adding “hundreds of thousands of non-Jewish children, a reality that will destroy the Jewish character of the state.”

“If Lieberman receives many seats in Knesset, he will turn the state into a state of goyim.”