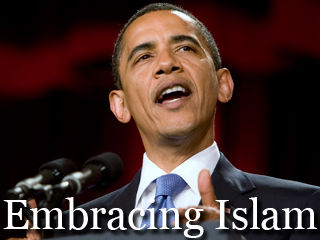 Pro-Eretz Yisrael demonstrators took part in a protest outside the US Consulate on Jerusalem’s Agron Street on Wednesday, with some displaying pictures of US President Barak Obama in a kefiya traditional Arab headdress, and some even carrying signs reading “Barak Hussein Obama – An Anti-Semite”. The event was timed on the eve of the American president’s message to the international community, taking place today, Thursday, in Cairo.

Undoubtedly the new American administration is beginning to feel the response of its blatant turn-around vis-à-vis warm American relations with Jerusalem during the past eight years. Unlike previous American presidents, Obama is not just trying to advance America’s interests in the region, but appears to be totally ignoring Israel’s strategic and security concerns and interests to advance what he views will lead to a comprehensive peace accord, which translates to boxing Israel into an indefensible reality to promote the interests of the PA and Arab nations in the area.