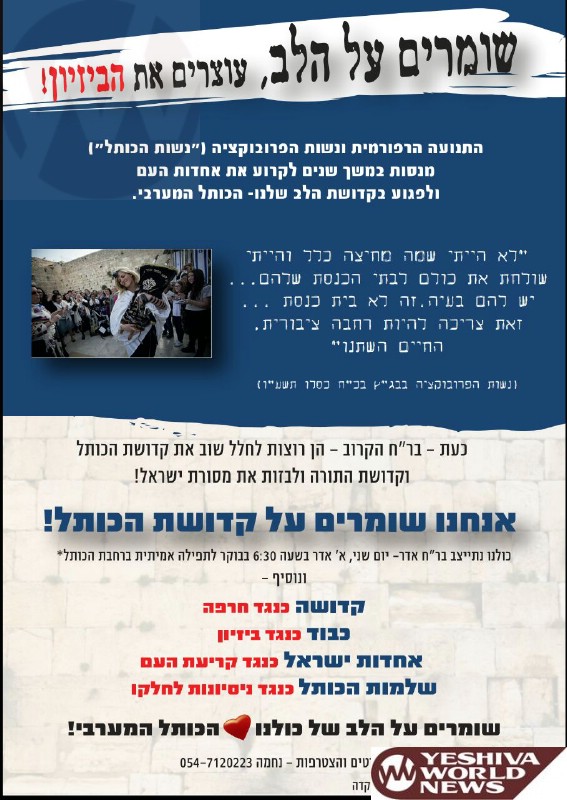 Chareidim are planning to be there in large numbers to confront them under the banner “The Kosel is the Heart of the Nation”, hoping to prevent the women from holding an event with Sifrei Torah, tallis and tefilin. The call is being made for persons opposed to Reform Jewry to be a the Kosel at 6:30AM.

Last week, a senior police official met with Wow leaders in the hope of calling off the event. It was explained that the Kosel is under the jurisdiction and responsibility of Kosel Rav Shmuel Rabinowitz and until such time he calls for police, they are not permitted to act. Hence, if attacked, police may not be able to protect the women, hoping they would be scared into canceling the event, which they refuse to do.