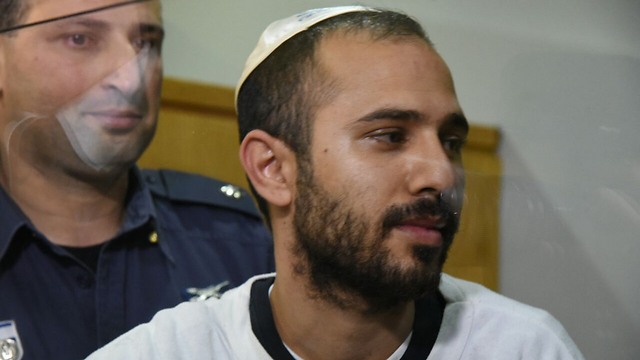 It was horrific act in Mosh Migdal when Nadav Sela murdered his wife and children on a Shabbos weeks ago, along with murdering the 11-year-old son of a neighbor.

The accused, Mr. Nadav Sela, hoped to be tried as mentally incompetent, telling the court he is a cat. He got down on his knees and made the necessary sounds but the court was not quick to buy it. A psychiatric evaluation was ordered and it was announced on Sunday, 1 Rosh Chodesh Adar, that the defendant is indeed fit to stand trial and be held accountable for his actions; the murders of Mrs. Dor Sela (23), son Yosef (22 months), and Binyamin (8 months) as well as 11-year-old Natan Atiya, while leaving his brother Nachman serious injured.

The Nazareth Magistrate’s Court on Sunday heard the expert opinion, that Sela maty stand trial as the district psychiatrist stated the subject was observed during three-week period in the Shar Menashe Psychiatric Hospital.

Sela was found hiding in bushes near the murder scene shortly after the search began. Dor’s mother told authorities the act was premeditated, explaining he had taken leave of people prior to committing the act. She explained to authorities at the Friday night meal at her table, he asked forgiveness from a number of family members.