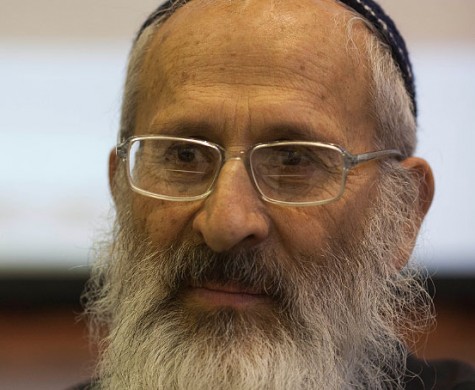 MK (Yesh Atid) Aliza Lavie has turned to the IDF Chief Education Officer to prohibit certain rabbonim from addressing military personnel. She is referring to dati leumi torani rabbonim who are leading the battle to persuade religious girls to serve in Sheirut Leumi and not the IDF. One of the rabbonim targeted by Lavie is HaGaon HaRav Shlomo HaKohen Aviner Shlita, who responds to Lavie.

Rav Aviner told the Kippa dati leumi website that Lavie’s actions “are a good sign since obviously, she is incapable of responding to our message appropriately”, so instead she seeks to ban him and others. The rav also explains he believes if one tries to silence another, this is a sign that one’s view “is not worth much and silencing the opponent is attempted rather than addressing the matter”.