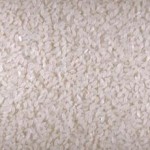 HaRav HaGaon Yoel Schwartz, a senior authority ensuring the high level kashrus of Hasalat greens and a well-regarded expert on insect infestation in foods has issued a warning regarding rice. Rav Schwartz reports there is a new insect infestation contaminating rice, telling Arutz-7 that packages of rice being sold in stores around the country are indeed infected with this insect. The rabbi compared it to the relatively recent find of the anisakis worm in fish, explaining we must remain vigilant and address new realities as they appear. He warns that one who is not an expert will not discern it is a bug, but perhaps believes it is dirt. He explains by watching it, one will see the ‘dirt’ begin moving.

When asked which companies are infected, he declined to name names but stated the rice of some of the best firms was tested, companies known for a clean product, and the results were alarming.

The rav explained that in the past, we have been familiar with the insects that plague rice, but this is new, an insect that is difficult to discern, but nonetheless visible and present in large numbers.

When asked what consumers should do, the rav responded that new methods of cleaning must be implemented, stating one must buy window screening with small holes and place the rice on these screens to filter out the small bugs, which will fall through the holes while the rice kernels will remain on top.

The rabbi explains that at present, it cannot be determined which batches of rice are infected so therefore, everyone should do this prior to cooking rice. He explains that he cannot tell people not to eat rice, for this would be a gezeira the tzibur cannot adhere to, hence the need for the additional inspection/cleaning.

Rabbi Schwartz adds that he has informed the Chief Rabbinate and various badatzim and he hopes they will act appropriately and expeditiously. He is also hopeful that in the future, rice will be imported from Europe instead of the Far East, explaining in Belgium rice is placed in a large room which is fumigated, thereby killing insects, which are then significantly easier to remove.