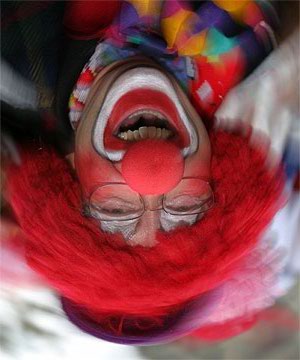 REPRINTED FROM THE YWN 2009 ARCHIVES:

I am writing to ask you to please find out what your sons plans are for Purim and to please dissuade them from travelling around on Purim day. Here is why:

I and my family live outside of Yerushalayim. We celebrated Purim last year on Erev Shabbos. Since the kids were all off on Sunday for Shushan Purim we travelled into Yerushalayim to join my brother and his family at their seuda. My brother is a Rebbe at a well-known yeshiva and I was looking forward to watching him interacting with his talmidim and shepping a little nachas from my big brother whom I admire very much.

The seuda was underway when we got there. It was very pleasant.

A former talmid of my brothers stopped by with a friend. The former talmid, who was attending a yeshiva outside of Yerushalayim had travelled by bus to see my brother and to introduce him to his friend. The former talmid was already pretty happy and the friend, even happier. They were very leibedig, asking questions, saying divrei Torah. (Please remember that this was not even Purim for them.) My nieces were thrilled to have some interesting guests to watch. The boys were fun. They had some more to drink.

After a while I noticed from the other side of the table that the friend was drinking a lot. I discreetly took away the bottle of wine near him. He tried to keep drinking. The former talmid was more interested in hearing what my brother had to say than in keeping tabs on his friend. My brother was talking to the other bachurim who were there (and who had been invited to his seuda and were his talmidim) and didn’t notice this boy drinking more and more.

To make a long story short, the boy ended up, literally, under the table, asleep. The bag of Purim props that he brought with him sat in the corner, unattended. When the men wanted to dance later in the seuda, they moved the table. I had my 12 year old son shove the guy over so he wouldn’t be trampled on.

At the end of the seuda, he had awakened and was on the sidewalk, retching. My sister-in-law called a cab for him and PAID FOR HIM to get back to his yeshiva. From Yerushalayim to the city where his yeshiva is located is a 40 minute ride. She had to pay about 200 shekel to the driver, more than usual, because the driver was convinced the boy would mess up the seats of his car (highly likely). Remember that my brother and his wife had never seen this boy before and are living on a very small budget.

I was outraged. The boy scared our kids (and me: I thought he would throw up all over my sister-in-laws house!) And then worst of all, they had to pay to get him out of there. I don’t even know his name.

Parents please, know that if your son drinks too much he may be putting himself at the mercy of people who may not even know him. This boys stuff was totally unwatched – his wallet, his bag. Had he been sent home by bus, as was his plan, who knows where he would have ended up. Or who would have taken advantage of his physical and mental state.

Tell your son to stay close to home, or to hook up with someone who will not be drinking and is interested and capable of helping him.

May this Purim pass with all of Klal Yisroel enjoying, staying safe and healthy.
And may we bring Hashem nachas from the way we celebrate His yomim tovim.