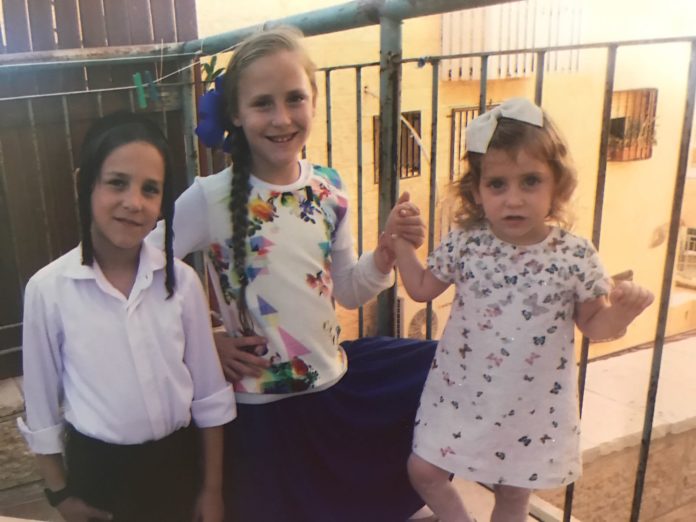 A Beitar Illit family made national news recently after a 42-year-old mother of 9 was nearly killed in a horrific automobile accident. The woman, Hadassah Hoffman, was on her way from Beitar to an engagement party when her car collided with a truck. She was rushed to Hadassah Ein Karem hospital in Jerusalem, where she is currently in critical condition. Her husband, and the father of the 9 Hoffman children, has since quit his full-time job, in order to be with his wife in the hospital.

The teenagers of the house are now reportedly responsible for looking after the younger children, and keeping the home. This is a tremendous responsibility for children. Their aunt, who has a family & home of her own, has also helped with cooking & the family as much as is possible. With an unemployed father and a mother who is hospitalized and barely recognizable, the family has been drained of all of their financial resources.
Some have speculated that although their parents are still living, it as if the crash has turned these children into orphans.
Tzedaka organization Kupat Ha’Ir has since stepped in to help this desperately poor family, together with the help of the woman’s sister. Proceeds will go toward medical bills, and sustaining the children whose mother was ripped away from them in an instant.
Contributions are being collected for the family HERE for a limited time.
Donations can also be made to Kupat Ha’Ir foundation #7013