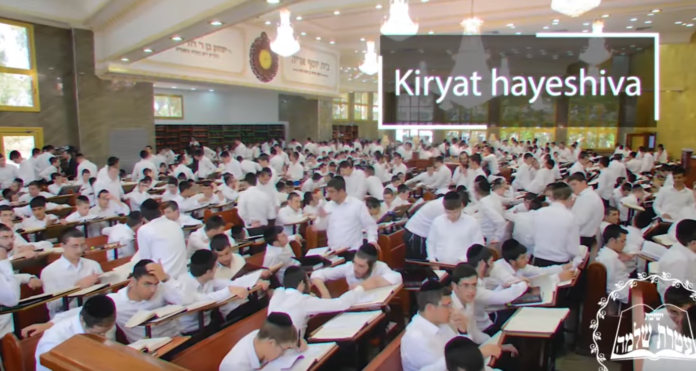 Saving the Olam HaTorah – Today is the Day!

The campaign that the Ateres Shlomo mosdos have undertaken is finally coming to fruition. After the tremendous preparations in the past weeks, in a joint effort to meet the high goal of $10 million, which will enable the continuation of the Olam HaTorah on behalf of thousands of avreichim, and bachurim. The $10 million budget will be matched, dollar for dollar, shekel for shekel, by the friends of the yeshiva in the United States, so that the yeshiva has to raise $5 million through its supporters, which will then be doubled and become $10 million. The nature of the matching campaign is that only if Ateres Shlomo reaches its goal of $5 million – and there is no intermediate amount, thus if the sum million is not reached, the matching will not be made.

Reports from the campaign management team suggest that although  is not at all simple to reach these seemingly massive sums, it is indeed within reach. “We did not set out on this campaign without sizing up the situation, and an analysis of the situation revealed that the sum of $5 million is attainable, with Siyatta D’Shmaya, by mobilizing all the forces for the duration of the campaign. We are doing our part, and we are confident of the brachos of Gedolei Hador, shlita, and believe that Hashem will certainly help us, on behalf of the thousands of lomdei Torah.”

As part of their preparation for the campaign, hundreds of “ambassadors” volunteered  across the country, and set up fundraising groups, each of which took upon themselves to achieve a certain sum for the campaign. The ambassadors are prepared for these 35 hours of the campaign, to oversee the flow of donations and meet their personal targets, while the data is transferred to an integrated system of four centers throughout Eretz Yisrael, from which the campaign will be carefully managed. The yeshivah wishes to express its appreciation and gratitude to the heads of the groups, avreichim who are devoted to saving the Olam HaTorah, without any remuneration.

A dedicated center on behalf of Ateres Shlomo was set up at the entrance to the home of Sar HaTorah Harav Hagaon Rav Chaim Kanievsky, shlita, where all the names of the donors will be sent, and every few hours a special emissary will come to Maran’s home, where he will deliver the names collected during those hours and their personal requests. Maran, shlita, will read the names and their specific requests for yeshuos, as Maran promised in his historic letter: that “all those who participate in the campaign will merit yeshuos gedolos to all their requests in a wondrous way.”

At the beginning of the week, a letter was received from the noted Tzaddik Harav Shimon Galei, shlita, who describes the importance of the fundraising campaign for the Yeshiva Ateres Shlomo: “Their mosdos that are across Eretz Yisrael, from which so many avreichim and their families are supported have the zechus of spreading and disseminating the Torah in our generation. It is a zechus for all those who take part in this special fundraising campaign.”

Harav Galei signs his letter with a heartfelt brachah: “and I therefore gratefully bless all those who participate in this important campaign, that they merit a great deal of nachas from all their children, and to find proper shidduchim for their children, and may they have healthy children and arichus yamim.”

In addition to the rare brachos of the Gedolei Hador, shlita, many bnei Torah have expressed their willingness to take part in this campaign, because of their strong desire to glorify and promote the kavod HaTorah. “It is not every day that we have the opportunity to express our gratitude to the avreichim, the bachurim, who devote themselves to Torah. The world stands on their zechus, and now we have a chance to be part of it.

“It is not only the participation in the tzedakah campaign, it is also a chance to be part of their learning.”