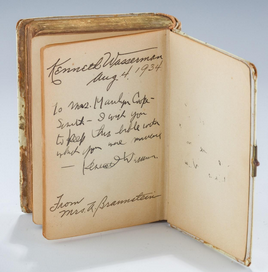 NEW YORK, NY, November 7th, 2019 – On December 8th, 2019, J. Greenstein & Co.’s Auction House (www.jgreenstein.com), the world renowned source for antique and rare Judaica, will host its bi-annual Judaica auction devoted solely to rare Jewish artifacts. The staple of the auction will be the prized prayer book formerly owned by Marilyn Monroe.The auction, which will be held at the Cedarhurst, Long Island gallery and hosted by Jonathan Greenstein, chief expert and president of J. Greenstein & Company, will feature 197 rare and valuable objects. Items to be auctioned off include menorahs, Kiddush cups, silver Torah shields, spice boxes, paintings and much more. 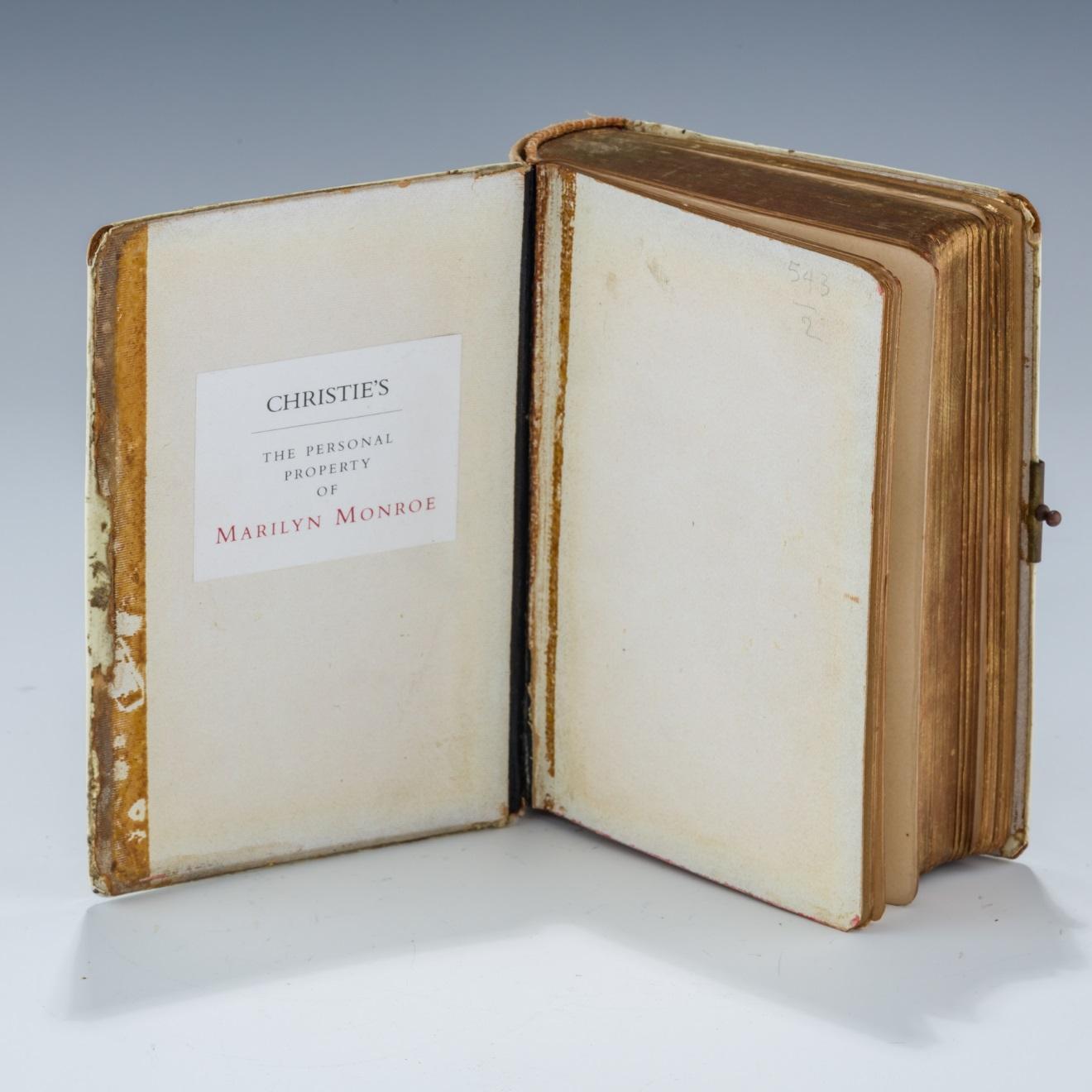 Marilyn Monroe converted to Judaism in 1956 at the same time as her marriage to American playwright Arthur Miller. The couple divorced in 1961, but Monroe remained committed to her new religion. This classic piece is inscribed on the front page with two dedication inscriptions. The first, dated August 4, 1934 to Kenneth Wasserman from Mrs. A. Braunstein, and then apparently re-gifted to Mrs. Marilyn Cooper-Smith from Kenneth Wasserman who inscribed “To Mrs. Marilyn Cooper-Smith – I wish you to keep this bible with (which?) you are married (?).”

The book, originally purchased at the Christie’s auction of the Estate of Marilyn Monroe in 1999, serves as once-in-a-lifetime chance for buyers to own a historic piece of Hollywood Judaica.

“It is only by the passing of one of the current owners that this siddur now became available. Considering that the first siddur sold for $21,000 and her menorah for $90,000, this one starting at $6,000 is a bargain,” said Jonathan Greenstein, founder, president and expert-in-charge at J Greenstein and Company, Inc. “We are proud to represent this historical piece of Hollywood related Judaica.”

The gallery, based in a 1500-sq-ft location in Long Island, NY, hosts numerous historic pieces from around the world, many of which will be featured in the auction. Currently, the J. Greenstein & Co. Auction House is the country’s only house solely devoted to the sale of Jewish ritual objects. In past years, Greenstein’s Auction House rose to fame from hosting celebrity Judaica including Sammy Davis Jr.’s personal menorah and items from victims of the Bernard Madoff scandal. 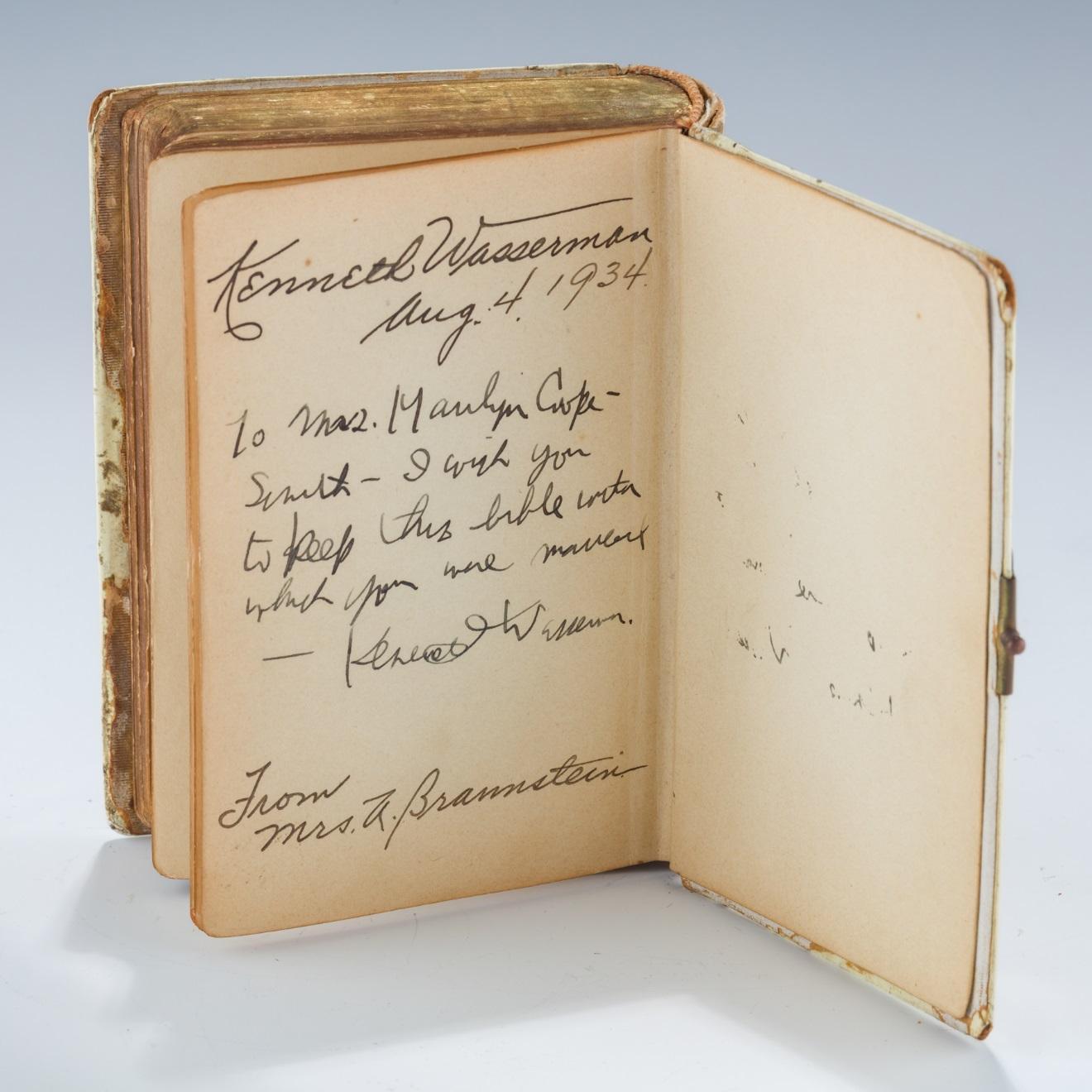 Fully illustrated catalogs and hi-res images of select items are available upon request or online at: https://jgreenstein.com/auction-2019-12-08/

J Greenstein & Company, Inc. was founded in 2004 by antique Judaica expert Jonathan Greenstein. For over 30 years, since the age of 14, Jonathan has been the “go to guy” when it comes to authenticating antique Judaica. The gallery holds Judaica auctions every 6 weeks and has collectors, museums and other institutions that purchase these ritual objects to build their collections of Jewish art. It is the only auction house in the entire world solely devoted to the sale of Jewish Ritual objects.

More information can be viewed at:  www.JGreenstein.com