While the Jewish community at large was plunged into sadness by the untimely passing of Rabbi Zechariah Wallerstein, the grief that enveloped the entire Ohr Naava family was beyond compare. This wasn’t just the loss of a teacher, a mentor or even a role model – Rabbi Wallerstein was a father to Ohr Naava’s girls and they are struggling to come to terms with gaping holes in their hearts as they mourn a man who treated each of them like daughters.

Rabbi Wallerstein founded Ohr Naava in 2004 to fill a void in the Jewish community, and it quickly evolved from a weekly study girls’ group into a dynamic institution that addressed the full gamut of their spiritual, emotional and physical needs.   Thousands of girls of all backgrounds and circumstances have passed through Ohr Naava’s doors since that time, finding meaning, inspiration, passion, confidence and a connection to yiddishkeit, and being uplifted by the knowledge that they mattered and that they belonged.

Just days before his death, Rabbi Wallerstein made clear his wish that Ohr Naava continue its work. Its many programs and divisions – Bnot Chaya Academy, Ateres Naava, Tiferes Bnos Yisroel and Ateres Miriam seminaries, the Shidduch Initiative, the Yutta Zicherman Crisis Center for Intervention, the Hakaras Hatov and the Ranch at Bethel – are operating even during this difficult time.

But Rabbi Wallerstein’s passing has created yet another void, this time a financial one. As Ohr Naava’s fundraiser, Rabbi Wallerstein moved mountains, leaving no stone unturned when it came to getting potential donors to rise to the challenge so that his girls could keep moving ahead in positive and productive directions.  A $6.3 million fundraising campaign has been launched to help Ohr Naava meet its annual budget, with 13 donors who understand the need for its services stepping up with $2 million in matching funds.

For the past 18 years, Rabbi Wallerstein was a father to the girls of Ohr Naava, providing for their needs and positively impacting their lives.  Now it is our turn to carry that torch forward, lighting up the world one neshama at a time, and perpetuating his legacy for generations to come.

The work he began now operates at an annual budget of $6.3 million.

At the levaya in Eretz Yisroel, Rabbi Twersky echoed students, colleagues, Rabbonim and Askanim in a call to ensure Rabbi Wallerstein’s legacy goes on: “There’s a chiyuv upon all of us to make sure his work doesn’t stop,” he declared. “To make sure that every single daughter in Klal Yisroel should have the way to come back to Klal Yisroel.” 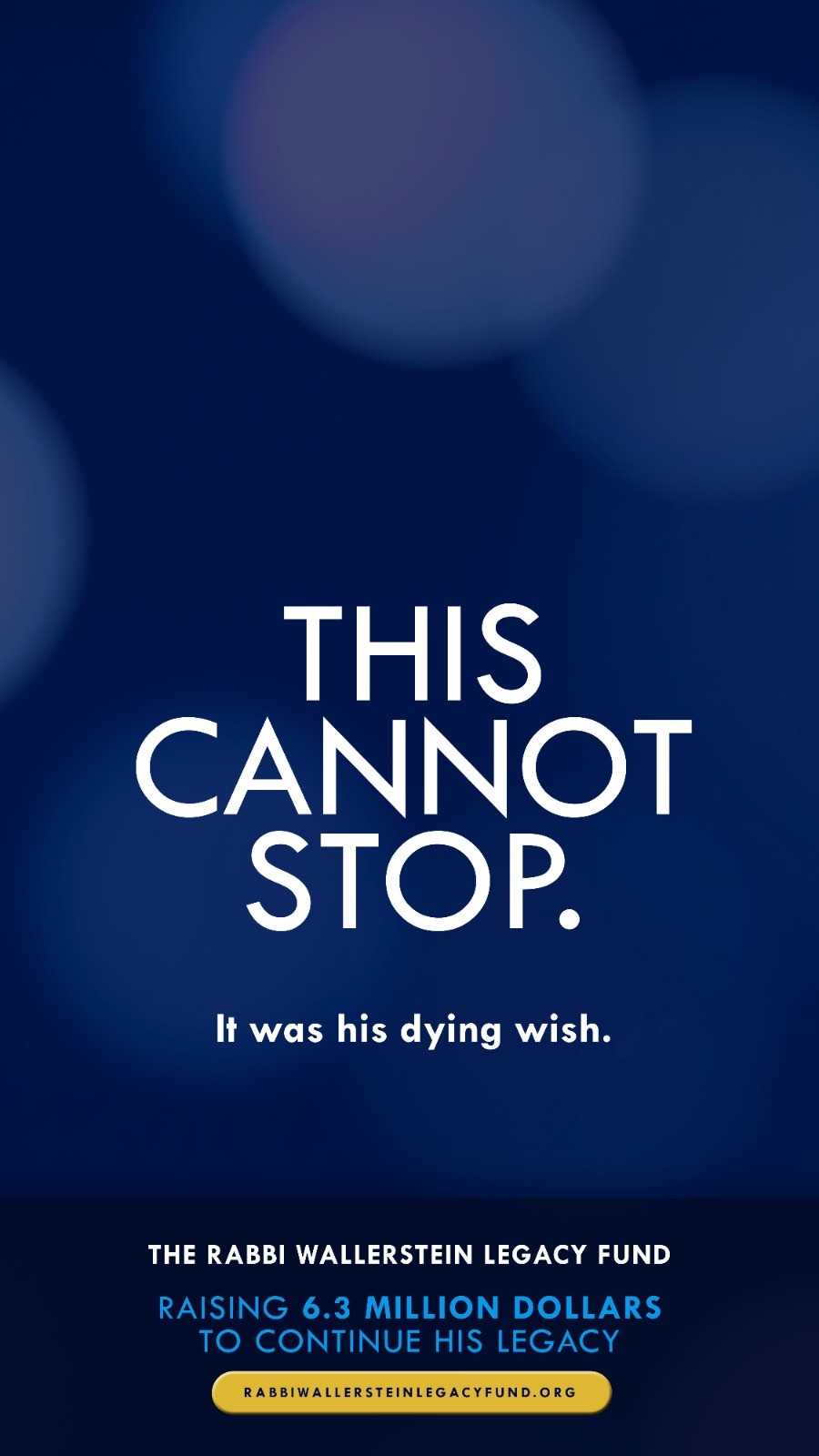