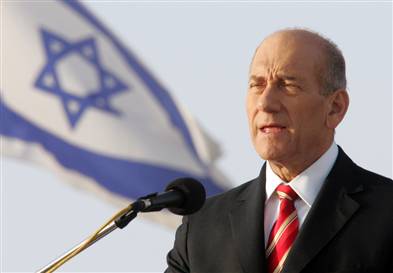 After a meeting of the Security Cabinet on Friday, Prime Minister Ehud Olmert announced the IDF would continue moving forward in an effort to bring an end to Hamas rocket attacks into the southern homefront.

Olmert explained that Israel has never permitted an outside source to determine its defense and security needs, and Jerusalem is not about to begin doing so now.

As such, he explained that the rocket attacks that have been taking place all day are proof the IDF must continue Operation Cast Lead in the hope of bringing an end to the Hamas regime in Gaza which continues to target Israeli civilian population centers without provocation.

In the meantime, the IDF is waiting for the governmental green light to begin launching phase three of the counter-terror operation, ordering over 10,000 IDF troops, including reservists, into Gaza to eliminate the Izzadin el-Kassam military wing of Hamas, which is responsible for the continuous attacks launched into Israel.