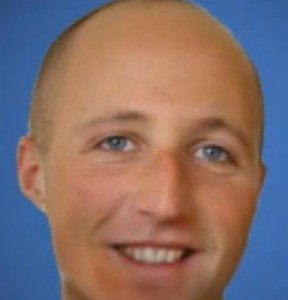 An Israeli court on Wednesday morning 3 Adar 5773 lifted the gag order on the case of a prisoner in a high security Israeli prison who took his own life, as was reported by YWN-ISRAEL.

The Australian nation, who held Israeli citizenship too was held in prison for “months” under a total media blackout, taking his own life in 2010. The prisoner, whose name is now reported to be Ben Zygier was referred to in Israel as “Prisoner X”, 34-years-old, from Melbourne. Walla News reports that he was a Mossad Intelligence Agency agent and he was found hanged in his Ayalon Prison Cell in Ramle in December 2010.

Haaretz report that a short time following his death the Prime Minister’s Office summoned Israeli editors, asking them to refrain from publishing the story “that is very embarrassing to a certain government agency.” As requested, the report vanished from the Israeli media.

According to an ABC Australia report, Zygier came from a prominent Jewish family in Australia, moving to Israel a decade before his death. He took on the name Ben Alon, married an Israeli woman and they had two children. The report quotes Israeli officials stating that he also carried an Australian passport under the name Ben Allen. The reason for his imprisonment remains a mystery. His body was flown back to Australia for the funeral.

The news of the case has the left-wing outraged, sufficiently so that it may lead to a Knesset discussion on revamping the rules governing the censor. Many feel that there is no excuse to bury a story simply to prevent embarrassment to a person or agency. In addition, lawmakers called the censor “absurd”, explaining information today is readily available via the internet and satellite TV stations and there is no reason that Israelis at home are told “They cannot be told details of the story”.

Yisrael Beitenu leader MK Avigdor Lieberman criticized MKs Tibi and Gal-On for raising the issue in Knesset on Monday (2 Adar), accusing them of compromising state security. Gal-On responded that Lieberman obviously is clueless as to the meaning of a democratic society.

ABC Australia in its documentary explains no one was permitted to report on the case in Israel for fear of imprisonment. The report adds that the death certificate issued by the Abu Kabir Forensic Institute following the autopsy was dated December 15, 2010, listing the place of death as Ramle, and cause of death asphyxiation by hanging. Zaka tended to details to have the body placed on a flight to Australia.

See the fascinating video presenting the Australian documentary on the case: