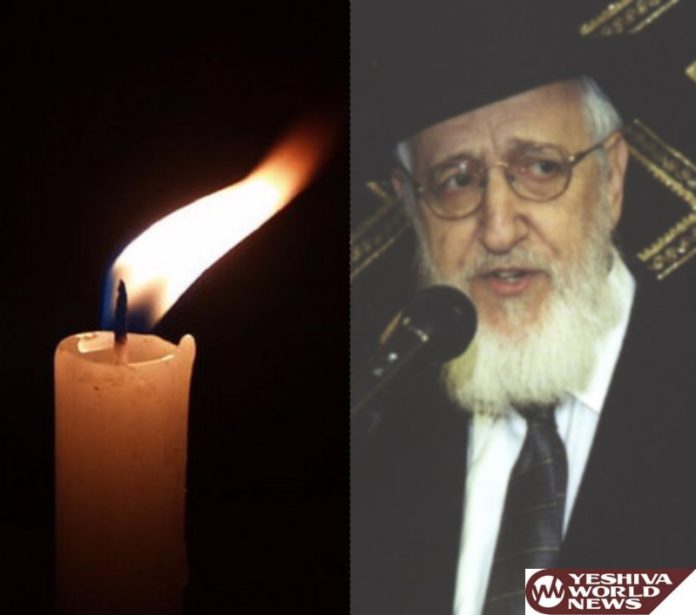 Agudath Israel of America was plunged into darkness last night by the sad news of the petirah of Rabbi Nisson Wolpin, z”l, the longtime editor of The Jewish Observer. Under Rabbi Wolpin’s editorship, the periodical helped guide generations of faithful Jews by providing timely, literate and important essays, observations and commentary for over nearly 40 years, from 1970 until 2008.

The “JO” quickly became the flagship publication of the Torah world, and thousands of Jewish families awaited its arrival each month to read the guidance of Gedolei Klal Yisrael, and the thoughts of its many accomplished writers. Under Rabbi Wolpin’s discerning and demanding eye, the periodical became the archetype of Torah-hashkafa married to excellent writing. That remained the magazine’s standard over the nearly 400 issues it published.

Rabbi Wolpin was also an eminent presence at dozens of Agudath Israel national conventions, where he was frequently a speaker. In 2009, he accepted. on behalf of the JO, Agudath Israel’s Hagaon Rav Aharon Kotler Memorial Award for distinguished service to Torah.

He later moved to Eretz Yisroel and has been sorely missed by all his American colleagues, friends and countless admirers since. Now, though, he is missed by us all in a much more profound way.

The wealth of Torah ideas and ideals he shared with Klal Yisroel over the years is no doubt a powerful zechus for his neshama. May those ideas and ideals, along with our cherished memories of him, be a merit for us all.